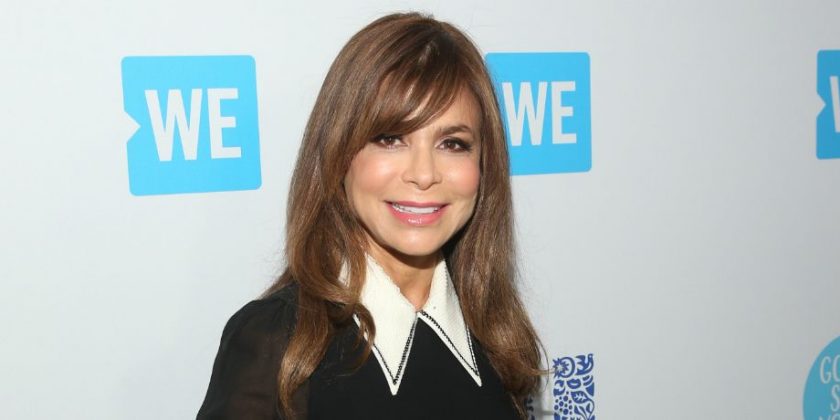 Entertainer Paula Abdul may be an excellent dancer and choreographer, but is she coordinated enough to be a proficient ice skater? The 56-year-old found out when she hit the ice for the very first time on Friday, December 22.

The “Forever Your Girl” singer shared several fun moments from her inaugural skating experience in a video compilation that she posted on Instagram for her 254,000 followers.

Wearing a belted, black winter coat with brown fur trim, a black knit hat with a puffball, and gray skates, Abdul struggled to stand up straight on the ice since her knees kept turning inward in the initial clips of the video.

“I don’t understand. Okay, it’s not funny now,” the former American Idol judge complained to the unseen person behind the camera.

Just when Abdul thought she was doing it correctly, she stumbled a bit and lost her hat, which she found hysterical.

She then tried to do a turn but fell flat down on her face. Two rink workers in yellow jackets rushed over to pick up the 5-foot-tall California native.

Later in the video, she appeared to be skating better — although her arms were flailing all over the place. However, she was still determined to complete a full turn — and fell down once again.

“This is way harder than dancing,” Abdul admitted at the very end of the video.

It is great to see a celebrity who is not afraid to try something new and who can laugh at herself when something doesn’t go as smoothly as they had hoped.

The video has been viewed more than 21,000 times, and many of Abdul’s fans posted comments about being proud of her for attempting to learn a new skill.

The Grammy award-winning vocalist recently completed the Straight Up Paula! North American tour and has been spending her time getting ready for Christmas.

Abdul has been posting various festive photographs of herself with her tiny dog, Bessie Moo, on social media over the past week, including a pic in which they are both wearing Santa hats and have their tongues out; a snapshot of the two sitting in front of a white Christmas tree with two nutcrackers — one of which is life-sized — next to them; a pic in a colorful candy winter wonderland; and one in which they are surrounded by giant teddy bears.

Only 3 more days until Christmas and Bessie and I cannot bear it ‼️???? Head to the link in my bio and sign up to receive a special holiday card from Bessie Moo and me ???????? xoP

“I am SO #ThankfulFor my family, friends, doggies, and for all you magnificent people who see the light in every day, every opportunity, and most importantly, the light in yourselves and others. Thank you all for supporting and loving me in the most beautiful way,” she wrote in the caption of one of her holiday Instagram posts.