Paul McCartney and his daughter Mary had a father-daughter date night at the premiere of the upcoming docuseries ‘The Beatles: Get Back’ in London.

It was a family affair at the London premiere of The Beatles: Get Back, an upcoming three-part documentary series that will offer Beatles fans an intimate glimpse of the band’s most pivotal recording sessions. Former Beatle Paul McCartney attended the premiere on Tuesday, Nov. 16 with daughter Mary, 52. The 79-year-old musician was all smiles as he posed with his photographer daughter on the red carpet, wearing a sharp navy blue suit. 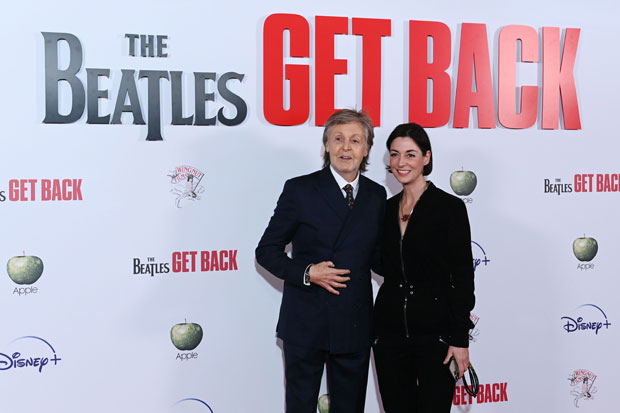 Mary opted for an all black ensemble and stylish combat boots. The photographer is one of five children that the musician shares with former wives. He and late first wife Linda share Mary, as well as Heather, 58, Stella, 50, and James, 44, together; while he and second wife Heather Mills share Beatrice, 18, together. The musician wed his third and current wife, Nancy Shevell, in 2011.

He and Mary were on hand to celebrate the premiere of the upcoming Peter Jackson (known for his work on The Lord of the Rings trilogy, among others) directed documentary. Available to stream on Disney+ on Nov. 25, the docuseries will transport fans back to the making of the Beatles’ final album Let It Be, which originally had the working title Get Back. Peter consulted over 60 hours of unseen footage and more than 150 hours of unheard audio for the project, giving viewers access to private film archives. 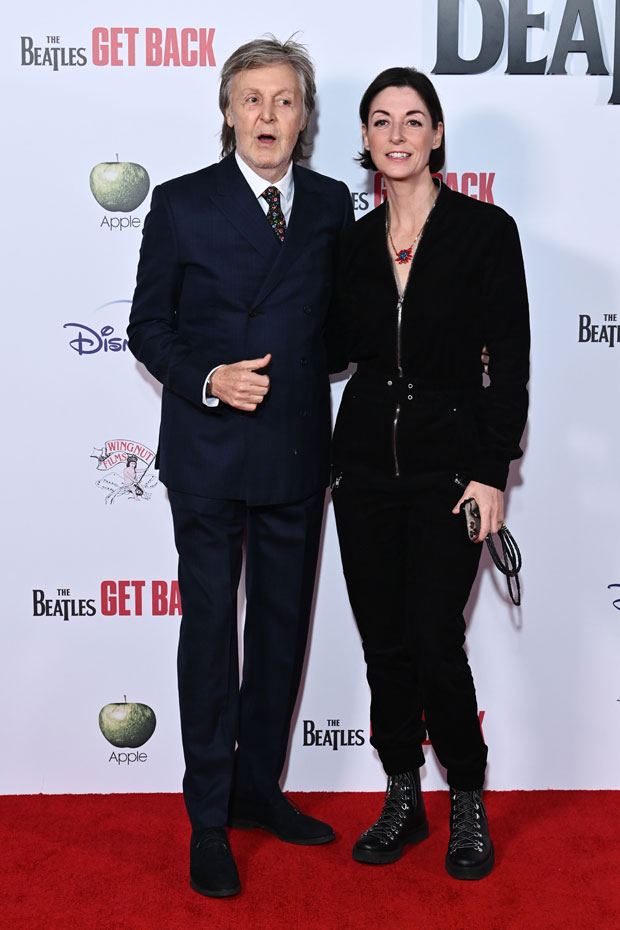 The docuseries will feature rare footage of Paul, John Lennon, Ringo Starr, and George Harrison’s last live performance as a band prior to their split in 1970, as well as performances of other classic songs featured on the band’s two final albums, Abbey Road and Let it Be. Both Paul and Ringo, 81, serve as producers on the docuseries, as does Yoko Ono, wife of the late John. Ahead of the docuseries’ debut, Paul spoke to NPR’s Fresh Air about the project in a wide-ranging interview on Nov. 3.

Among the many revelations? The musician said he knew he would never top the Beatles following the band’s split — and that was OK by him. “It was quite difficult, because I didn’t know what to do at all,” he said of the period post-split. “And I didn’t really have any brainy ideas, except if I want to continue in music, maybe I’ll form another band. But then, how do you do that after The Beatles? How could anything I do be as good as The Beatles?”

He continued, “The Beatles had a very special combination of talents… as has been proved by its longevity. The stuff we did together still sounds good and still lives today. So it was a question of how can you get better than that? And I think I just have to say, ‘Well, you can’t. But if you want to keep going, you should maybe think about starting something else.’ So I did.”