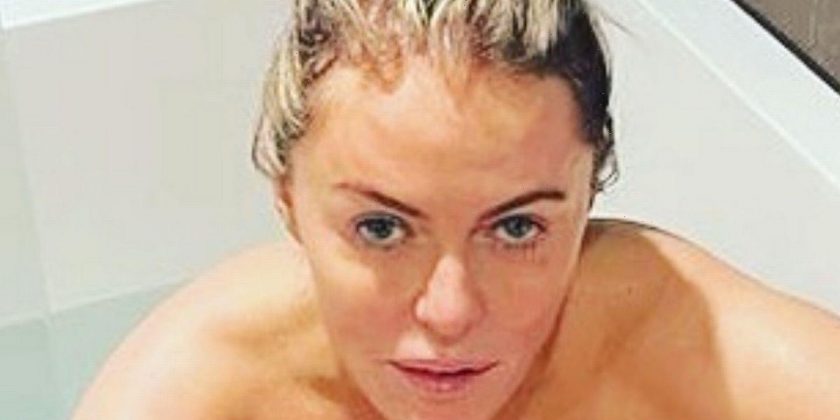 Patsy Kensit has shared a racy naked bath snap ahead of her EastEnders debut, where she is going to play Lola Pearce's mum, Emma Harding.

But the actress gave her Instagram followers more than a look at her upcoming character over the Christmas holidays, as she posed for a picture in the bath with her hands strategically placed to protect her modesty.

The 54 year old had scraped her blonde hair into a messy bun on her head and she went makeup-free for the sultry snap, as she captioned it simply: "Happy Christmas."

Her fans were quick to comment on the snap, with one writing: "Merry Christmas beautiful xx x".

Patsy is set to make her debut on hit BBC soap EastEnders next month. She's previously had acting roles on Hollyoaks and Holby City.

Her EastEnders character, Emma, is set to arrive to Albert Square where she will reunite with her daughter, Lola, after leaving her father when she was aged just three years old.

It's not going to be the happiest of reunions, as Lola is set to lose her battle with terminal cancer, in what are sure to be emotional scenes on the show.

Speaking of her EastEnders stint, Patsy said: "I'm so excited to be visiting Walford for this storyline. It has always been a dream of mine to appear in EastEnders.

"The cast, producers, writers and crew have been wonderful, and I’ve had a ball. Thank you so much for having me".

The first look picture show’s Patsy standing in front of the iconic Queen Victoria pub while dressed in a blue shirt and accompanying beige trench coat.

A source told The Sun: "Bosses are thrilled they have managed to get Patsy for this role. She's a great actress and is about to play a part in one of their biggest current storylines."

In 2019, Patsy spoke of her desire to appear on EastEnders, as she told Radio Times: "I'd love to do EastEnders, my father was involved in organised crime in the East End, so I grew up around villains and that kind of backdrop. I can pull a pint and say, 'You're barred'".

She also said that she would love to follow in the footsteps of the late Barbara Windsor, by having her character become the landlady of the iconic Queen Vic pub.

She said that her ideal role would be playing "a really strong matriarch," saying that she'd "like to go out with a bang".