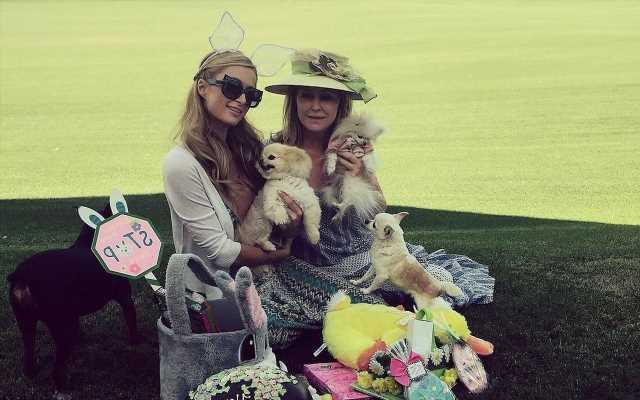 Kathy Hilton ‘did what [she] had to do’ during daughter’s early fame as the mother was scared for her daughter because her partying got out of control.

AceShowbiz –Paris Hilton‘s mother allowed the young socialite to hit the town when she first found fame – because tabloid editors told mum where her girl was partying.

“The Real Housewives of Beverly Hills” star would wait up all night until Paris came home after club hopping in New York City – but she never worried too much about her daughter’s whereabouts, because she had contacts in the know.

“I used to call the city desk at the New York Post,” Kathy tells the “Lunch with Bruce” podcast. “I would call the city desk and say, at one in the morning, ‘Excuse me, hi, it’s Kathy Hilton. Uh, do you by any chance know Paris, where she is right now?’ “

And the New York Post staffmembers would usually pinpoint Paris’ location right away.

But Paris didn’t always come home, often staying away for days at a time.

“She was sneaking out and she’d go missing and I wouldn’t be able to find her,” Kathy remembered. “Let’s put it this way – it got very out of control and I was scared for her. And my husband was very scared for her. And, you know, those nightclubs go on all night.”

And Paris’ mum recalled one scary night when she apparently got a call from her daughter.

“How about for two days not knowing where your daughter is, and once hearing blood-curdling screaming, and then the phone hangs up,” she said. “There’s a lot of stuff people don’t know. And I did get some flak (for being overprotective). Well, trust me. I did what I had to do.”

Mother and daughter now have a great relationship and are busy planning Paris’ upcoming wedding to venture capitalist Carter Reum.