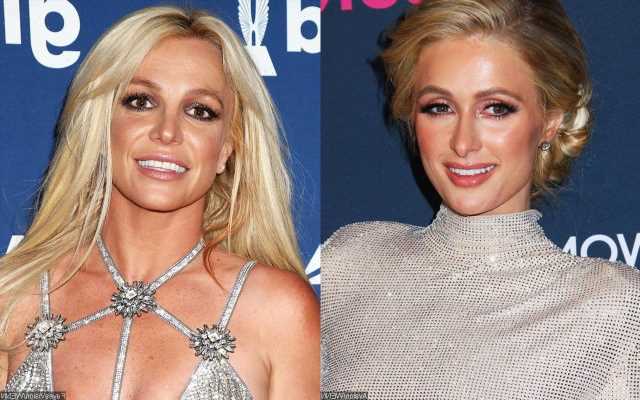 Having been friends with the ‘Toxic’ hitmaker for years, the socialite and hotel heiress says in an episode of her ‘This Is Paris’ podcast that her pal deserves freedom.

AceShowbiz –Paris Hilton is thrilled pal Britney Spears‘ conservatorship could be coming to an end.

Paris has been friends with the “Toxic” hitmaker for years, and the socialite is happy that Britney’s father, Jamie Spears, is petitioning to have her 13-year conservatorship officially brought to a close.

Speaking on Wednesday’s (September 8) episode of her “This Is Paris” podcast, the socialite and hotel heiress said, “This is such an unexpected turn. I didn’t think anyone was expecting this, but it’s just amazing to hear. Just to know that Britney is another step closer to having her freedom, which she deserves so much.”

“These past months just watching really just her come out there and be so strong and so brave, and finally hear her speak up and speak her mind, and it just really shows that the truth shall set you free.”

“Thinking about her and just everything I’ve been through as well, it really is so healing when you tell your story and you tell your truth, and you hold others accountable for what they’ve done wrong to you.”

Paris previously spoke out about the abuse she suffered at the hands of educators at a school she was sent to in Utah and is now fronting a national U.S. campaign to name and shame the worst institutions for kids.

Britney’s father recently agreed to step down as her co-conservator during a nasty legal battle with his daughter, but on Wednesday he revealed that “recent events” and “changed circumstances” suggested the need for the pop star to have her estate, finances and medical care controlled “may no longer exist.”

His filing read, “Recent events related to this conservatorship have called into question whether circumstances have changed to such an extent that grounds for establishment of a conservatorship may no longer exist.”

Jamie has been the conservator of his daughter’s estate since 2008 and was conservator of her personal affairs until he stepped down in 2019 due to health issues, with Jodi Montgomery becoming her temporary conservator.

The “I’m a Slave 4 U” singer first asked Los Angeles lawmakers to end the oppressive legal arrangement in June.