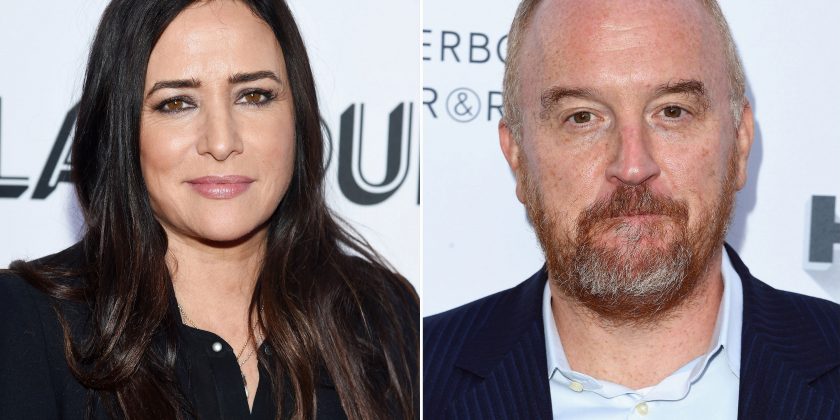 Pamela Adlon opened up for the first time in a new interview about her life in the aftermath of sexual misconduct claims against her friend and collaborator, Louis C.K.

“The Better Things” co-creator previously issued a statement saying she was “devastated by and in shock after the admission of abhorrent behavior by my friend and partner” and severed professional ties with both the comedian and their manager Dave Becky. However, the New Yorker interview is the first time Adlon has addressed the situation outside of that initial statement.

“It felt like the world was ending,” Adlon said of her initial reaction to The New York Times’s report on C.K. “I was his champion and he was my champion for ten years … And then you’ve got these women, who’ve all been through these things. And you’re, like, what does that mean? What did you do?”

Adlon continued of the online outrage following the Times article, “I wanted the world to calm down. I wanted a conversation to happen. I don’t think there’s anything that can compare with a massive public shaming like that.” (In C.K.’s recent stand-up sets, the comedian told the crowd, “I bet none of you had the same year that I had. Ever have a whole bad year?”)

Adlon admitted that she was aware of the rumors regarding C.K.’s misconduct toward women that preceded the Times’ report. “I was aware,” Adlon told the New Yorker. “There’s certain things — Do I lay everything bare? I don’t know how to respond. All you can do is, when you know somebody you confront them.”

After FX, which airs “Better Things,” parted ways with C.K. following the accusations, Adlon debated whether to continue the series without her longtime collaborator; the series ultimately recruited four new writers to ensure a Season 3. Asked whether she is still in communication with C.K., Adlon said, “No, I’m not. But I hate saying that. If I said, ‘Oh, yeah, I talk to him every day,’ or ‘No, I’m not,’ both are awful. But I haven’t spoken to him in quite a long time.”