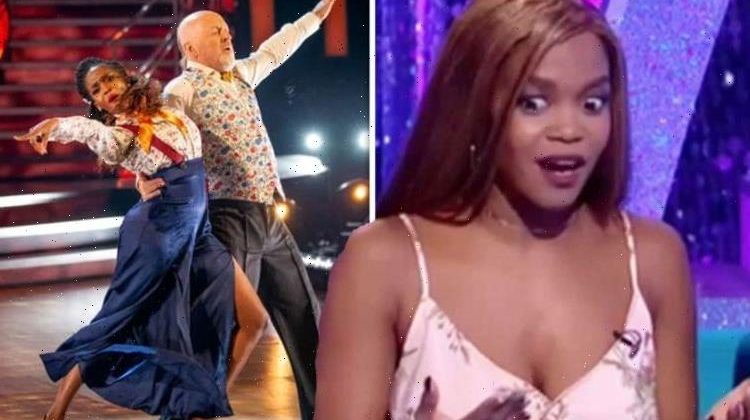 Strictly: Oti Mabuse discusses her future on the show

Strictly Come Dancing star Oti Mabuse has expressed her delight at the return of the popular dance competition. The two-time show champion claimed she has experienced a “miracle”, after being quizzed about the BBC programme.

The popular show is set to return very soon, as the celebrity contestants will take to the dance floor to wow the judges in the likes of the tango, waltz and foxtrot.

Strictly’s full celebrity line-up for the 2021 series has been announced – and it’s a star-studded cast of famous faces.

Oti, 31, took to Twitter to react after being quizzed about who she is vying to be her Strictly partner this year.

It comes after the professional dancer said she was eagerly awaiting the announcement of the final celebrity to join the show last week.

A social media user quizzed: “Have you got your eyes on any of the celebs yet as a potential winner? I mean partner.”

Oti confessed that she is “buzzing” as the dancer explained she is happy that the celebrities work for her height-wise.

Meanwhile, some of the Strictly pros have been pictured arriving at their Buckinghamshire hotel as the 19th series gets underway.

In pictures obtained by The Mirror, Gorka Marquez got some stretches in early as he arrived, waving his phone in the air as he limbered up.

Last month it was confirmed that four new professional dancers will be joining the 2021 series.

However, Strictly favourites will also be returning to the show including Aljaž Škorjanec and Giovanni, who will be competing for the Glitterball Trophy.

Former Strictly star Janette Manrara announced she had quit the series earlier this year but will instead be presenting the BBC spin-off show It Takes Two.

Strictly Come Dancing returns to BBC One on September 11.