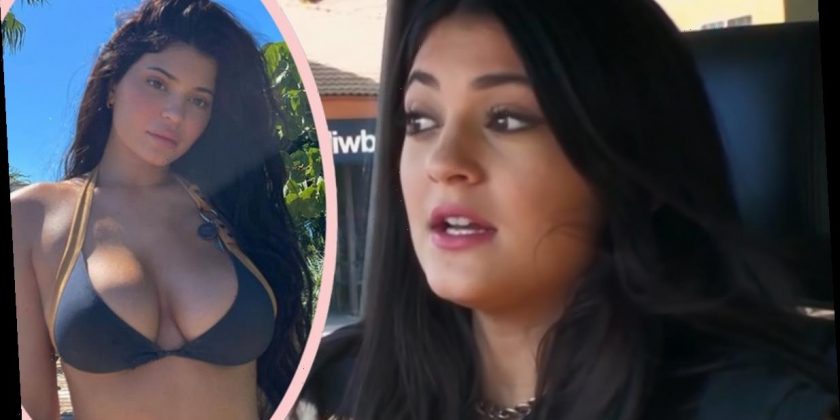 All the KarJenner sisters have gotten glowups over the years — or changeups anyway — but no one is more unrecognizable compared to her first public appearance than Kylie Jenner.

Obviously part of that was the fact she was the youngest, still growing throughout her formative years — and of course finding her look. (We all remember that very temporary but obligatory teen goth phase she went through.) 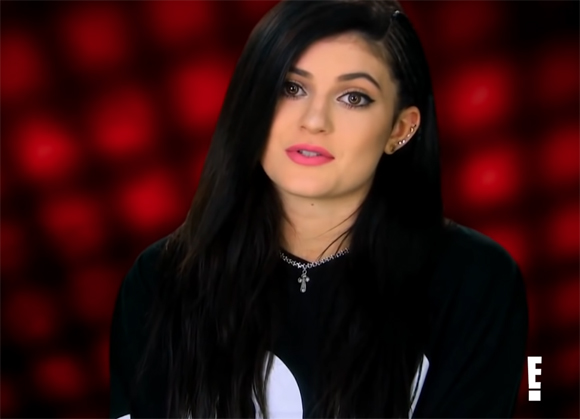 But it wasn’t just hormones and fashion that gave us the thirst trap dropping Instagram superstar we know today. And despite what many have theorized we don’t think plastic surgery was involved either. It’s just some seriously transformative makeup magic.

How do we know?

Well, over the weekend — for the first time in forever it feels like — Kylie posted a makeup free photo!

Video: But Can Someone Explain How Kylie Looks In The New KUWTK Trailer?

The near (?) billionaire is in Turks and Caicos with her sisters to celebrate daughter Stormi Webster‘s third birthday. Maybe she didn’t have all her normal Kylie Cosmetics swag on her on vacay and just said eff it?

In any case when she decided to post a classic sexy glam shot (in a very hard to find $450 Blue Denim Faux Suede Trim Bikini from Dior btw), she was as bare-faced as we’ve seen her in years. And she looked AMAZING! 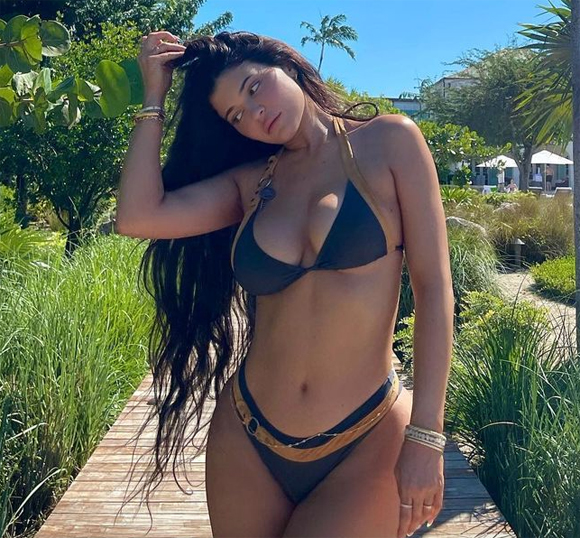 She also looked SO MUCH like she did as a kid, just… you know, older.

Lately she looks like an entirely different person than that girl who made fun of her “Queen of the World” big sister Kim Kardashian!

So obviously it’s just nice for old school Keeping Up With The Kardashians fans to see Kylie looking like Kylie again. But it’s not just good nostalgic viral marketing for the upcoming final season of the reality show.

It also might be an important piece of evidence that the real Kylie is still there under that glam look! We already knew she got rid of her lip filler after becoming a mom. But if you thought she went right back to it to get that femme fatale look we’re so used to seeing these days, nope! All the power of the right contouring, angles, and lip liner. 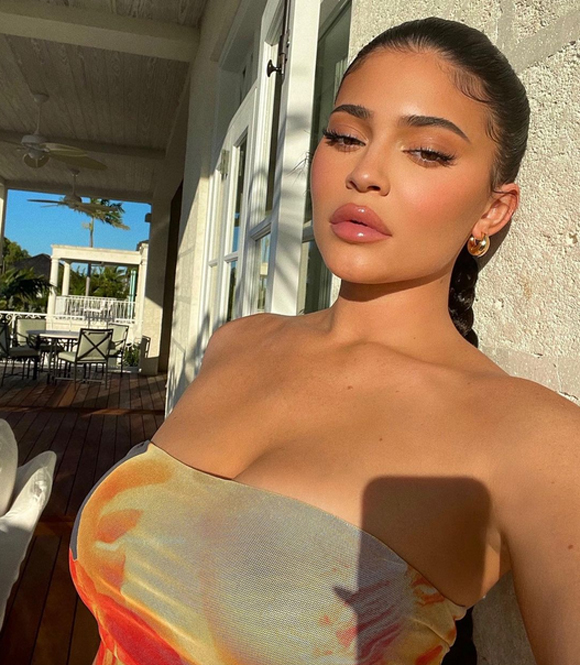 So are you impressed to learn it’s all makeup? Think there’s something else going on? Let us know in the comments (below)!

Oh, and for one more hit of nostalgia…