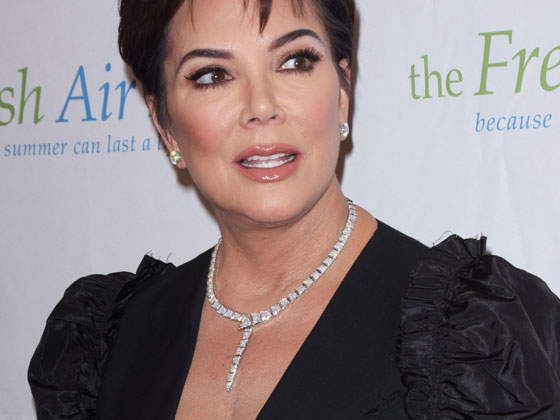 It is almost the 25th anniversary of the murders of Nicole Brown Simpson and Ron Goldman, and because there is a bit of a cesspool at the bottom end of the human race, there are some desperate people still hoping to cash in on the tragedy. This time the exploitation of the murders of Nicole and Ron comes in the form of O.J. Simpson‘s former manager Norman Pardo, who claims that O.J. and Kris Jenner had a raunchy one night hook-up in a hot tub on a couples vacation. Oh, this is just the intro. There are details, but I advise you to take a deep cleansing breath, jam your finger pads deep into the fur of a sleeping kitten and steel yourself before reading on.

Norman’s new documentary “Who Killed Nicole?” (SPOILER ALERT: many of us are pretty sure it was first name “Breakfast Juice” last name “Same as Lisa, Bart, Marge, Maggie and Homer“) draws off of 70 hours of video footage filmed between 1999 and 2012 when he was O.J.’s manager. In the 90 minute feature, currently still looking for distribution, Norman says that O.J. claimed that he and Kris had an intense banging session on a couple’s vacation with Nicole and Robert Kardashian shortly before the dissolutions of both of their marriages. Norman provides everything we didn’t need/want/care to know via the film and in an interview captured by Page Six.

The Scene: a hot tub on a couples’ holiday in 1990. Robert and Nicole have just retired for bed, but O.J. and Kris decided to soak for a bit longer:

“O.J. said he stood up, pulled his shorts down and, I’ll give you exactly what he said: ‘Her eyes bugged out of her head and I f–ked that B until I broke her’.”

O.J., aside from boasting about how he had sex with his best friends’ wife and caused her internal bodily injury before refusing to take her to the hospital, also brags on video about having a 12 inch penis:

“The last girl told me that if I wasn’t 10 inches, she wasn’t interested. I said, ‘I like you. I’m a little turned on. But I’m not gonna cut two inches off for nobody.’”

As well as the bombshell of O.J. causing Kris and her poor vagina to go to the hospital after their hook up, Norman also claims that after that vacation, the two couples were not really friends again (you don’t say?), with Robert joining O.J.’s murder case as a “practicality” rather than out of friendship:

“When O.J. was found not guilty, Robert Kardashian did not jump for joy,” Pardo said.

O.J. previously denied hooking up with Kris, claiming he was too honorable to bang his best friend’s wife, so he’s turned his story around. Kris has always denied hooking up with O.J., so I guess we still don’t know if O.J. is Khloe‘s real baby daddy. Because even I have limits and the thought of Kris getting knocked up with Khloe on O.J.’s hot tub jazz is just too much for my soul to bear, my $5 is still on Lou Ferrigno for the win.