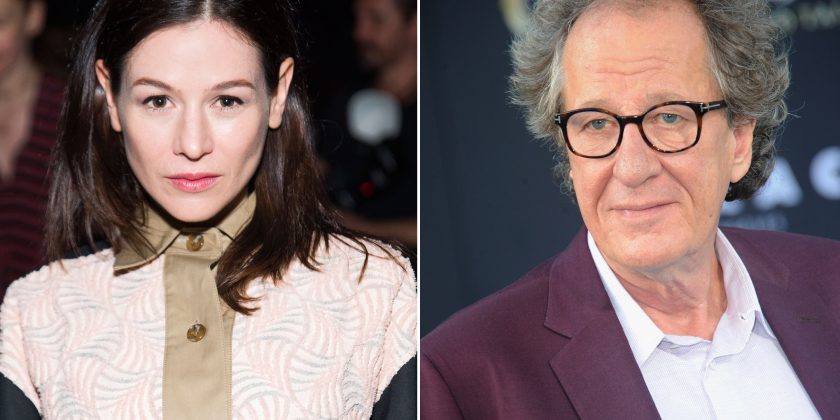 “Orange Is the New Black” actress Yael Stone claims Australian megastar Geoffrey Rush touched her in a “very sensual manner,” danced around naked in their dressing room and used a mirror to spy on her in the shower, according to new interviews.

The 33-year-old Australian recounted Rush’s inappropriate behavior while the two starred together in a Sydney production of “The Diary of a Madman” in 2010 and 2011.

Stone said her relationship with Rush, who served as her mentor and is one of two dozen people to win the coveted “Triple Crown of Acting” — an Oscar, Emmy and Tony award — got “weird” during rehearsal and started with sexually charged texts.

“I was so flattered that someone like that would spend their time texting me into the very early hours of the morning,” Stone told the New York Times.

Stone, who portrays Lorna Morello in the hit Netflix series, admitted she’s “embarrassed” that she bantered back with Rush but only did it out of fear that she’d offend the powerful actor if she didn’t play along.

The two shared a dressing room, where there were “strange intimacies,” including when she alleges Rush held up a mirror to watch her shower.

“I looked up and saw a small shaving mirror being held over the top of the cubicle, to be used in a way to look down at my naked body,” she said in a follow-up interview with Australia’s ABC.

Another time, Rush, then 59, danced around the dressing room naked and, later, touched Stone’s back in a “very sensual manner” at an awards show, she claims.

The next day, Rush apologized for the “unwanted and sustained” contact, calling it “uncalled-for but had to,” according to an email shown to the ABC.

The young actress, who was then 25, balked at the idea of reporting Rush’s alleged actions.

“There was no part of my brain considering speaking to anyone in any official capacity. This was a huge star,” she told the Times. “What were they going to do? Fire Geoffrey and keep me?”

Stone is the second actress to accuse the star of “The King’s Speech” of acting inappropriately.

Eryn Jean Norvill has claimed Rush touched her breast and lower back during a production of “King Lear” in 2015.

Rush, 67, has denied both women’s allegations and sued the Sydney Daily Telegraph newspaper for defamation for reporting on Norvill’s claims.

He said Stone’s claims “are incorrect and in some instances have been taken completely out of context.”

“However, clearly Yael has been upset on occasion by the spirited enthusiasm I generally bring to my work,” Rush said in a statement. “I sincerely and deeply regret if I have caused her any distress. This, most certainly, has never been my intention.”