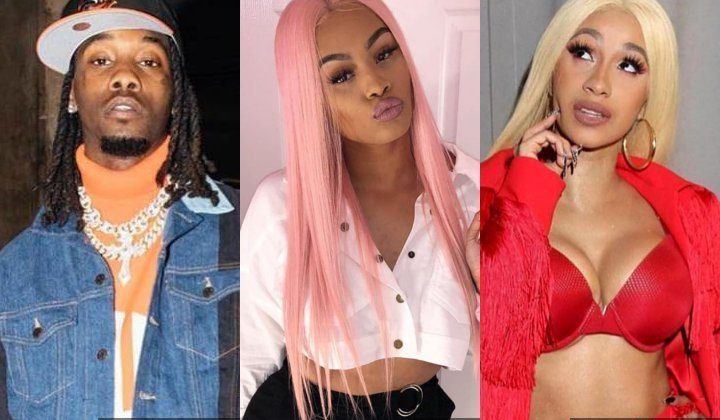 AceShowbiz –
Offset may have another thing to handle with in the aftermath of his affair with Summer Bunni. The Instagram model, who tearfully apologized to Cardi B in a video earlier this month for being a homewrecker in Cardi and Offset’s marriage, is reportedly pregnant.

In text messages between Summer and her friend obtained by MTO News, Offset’s side chick confirms that she’s having a bun in the oven. In a screenshot of the conversation, Summer told her friend that she worried the stress from the media scrutiny after her affair with Offset was exposed would harm her pregnancy.


While Summer didn’t mention the name of her baby’s father, she’s reportedly 9 weeks pregnant, which means she conceived in September. According to the site, it was around the time she had a tryst with the Migos star.

Summer previously apologized to Cardi, saying in a video obtained by TMZ, “I didn’t know how serious his marriage was.” Confessing that she’s ashamed of what she did, she claimed, “It was never my intention and I never wanted to break up a happy home … to get a divorce or anything like that.”

Offset recently admitted he missed his estranged wife after the “Bodak Yellow” hitmaker’s fans chastised him for his alleged infidelity. He wrote on Twitter, “F**K YALL I MISS CARDI.”

It’s also reported that Cardi agreed to reunite with Offset after he offered her a $10 million deal. “Offset said he won’t cheat and offered up 10 [million dollars] for each t**t he cheats with,” a source said. The so-called insider added that Cardi and Offset are no longer “separated” and are now “working on” their marriage again.

Offset and Cardi have not confirmed the reunion speculation and it’s unknown either how Summer’s supposed pregnancy would affect their relationship.