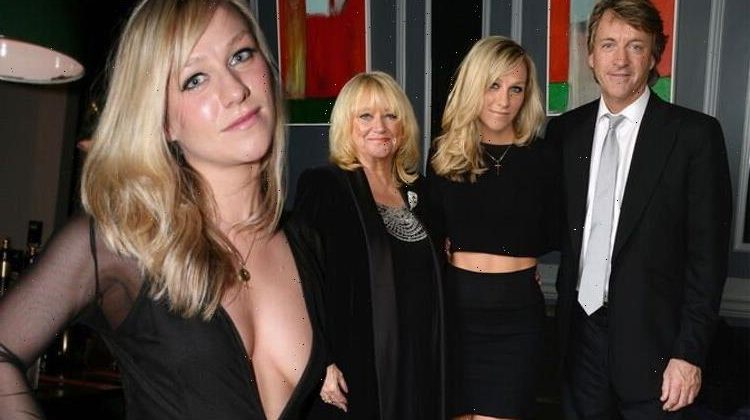 Chloe Madeley, 34, spoke about how her mum Judy Finnigan, 73, would never return to TV, despite husband Richard Madeley’s success on Good Morning Britain. The star went on to confess that her mum’s choice to appear on the small screen had surprised her, as she wasn’t much of a “performer”.

Chloe is currently expecting her first child with her husband, former rugby player and I’m A Celebrity… Get Me Out Of Here! star, James Haskell.

Admitting that she “didn’t enjoy” working in television herself, Chloe confirmed she had no ambitions to be on the ITV show, claiming her mum shared a similar lack of enthusiasm when it came to getting back on screen.

When asked whether Judy would make a TV return, she replied: “No, my mum is done with TV, she’s been done with TV for a really long time. They retired from television over a decade ago… it’s been a while.

“She’s had one moment where she was like ‘oh I quite miss it’, and that was when they did the 25th anniversary show in Liverpool and I was there with them.”

Chloe continued: “I think it really brought back all this nostalgia for her and that was the reason why.”

Judy’s career in television presenting began back in the early 70s when she first joined Granada Television as a researcher.

She went on to have a very successful career in the spotlight alongside husband Richard, 65, who was often her on-screen partner.

The star presented ITV’s popular show This Morning between 1988 and 2001 with her husband, before they couple moved over to Channel 4 to present Richard & Judy between 2001 and 2008.

In 2014, Judy joined ITV chat show Loose Women as a regular panellist and made intermittent appearances before she exited the show a year later.

Despite her long career in showbiz, Judy’s daughter Chloe said she was “amazed” that her mum “ever went into television.”

Chloe explained: “She’s incredibly intelligent and warm and that made her great at her job in terms of interview skills.

“But she’s not a performer in any way shape or form and I think as soon as that started to take precedence of her career, I think she immediately started to shy away from it,” she concluded in her interview with OK! Magazine.

Aside from her busy television career, Judy also published her debut novel Eloise in 2012, which went on to be a Sunday Times bestseller.

She also published another novel in 2015 entitled I Do Not Sleep.

Richard now regularly hosts Good Morning Britain and even followed in his son-in-law’s footsteps by competing in the latest series of I’m A Celebrity… Get Met Out Of Here!.

Unfortunately the star had to leave the series early due to health reasons, but he has been back on TV as usual since then – and his daughter revealed she loves watching him on GMB.