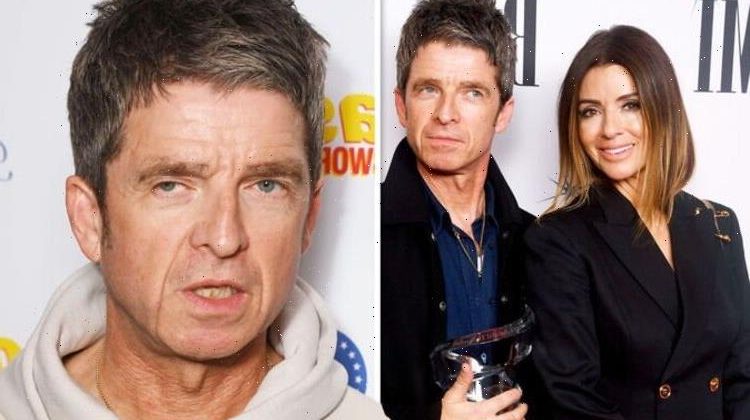 Liam Gallagher, 54, has shared that he booked himself along with his wife Sara McDonald, 50, children Donovan, 14, and Sonny, 11, into the Claridge’s hotel after suffering a home disaster. The Oasis legend later claimed he bumped into the actor Sean Penn at the luxury establishment where rooms can cost over £1,000 per night.

The musician claimed if “you f*****g could, you would” as he addressed booking his family in a hotel, in a recent interview.

The rock legend said their family home was “freezing cold” at the time and would take up to a week before his heating could be restored.

“I had the day off, I was mooching around Soho and trying to avoid having my picture taken, so I decided I’d have a massive f*****g afternoon tea with sandwiches and scones and it was great.

“I’d say this hotel is the best and I bumped into Sean Penn today — he was wandering around the reception.”

“He took his glasses off and did a double-take and I had a chinwag with him. He’s a dude,” he added to The Sun.

Noel’s admission comes after he recently jibed about his brother Liam Gallagher, 49, and claimed his iconic fashion choices are deliberate.

The Wonderwall hitmaker addressed his sibling who often covered his belly adding that he wanted to hide his weight gain.

“Usually when he is wearing a big coat it’s because he’s got a big thing to hide underneath – a bit of a belly,” he told The Matt Morgan Podcast.

The musician’s brother, Liam, is known for his eclectic style and owns a huge parka collection as he often takes to the stage in the Sixties Mod attire.

Back in 2019, the Oasis frontman had previously opened up about his health woes and revealed that he had been suffering from arthritis in his hips.

As a result, the pain had travelled down to Liam’s calf and he had to see an acupuncturist.

He was told by doctors to cut down on jogging after developing the condition, which causes pain and inflammation in a joint.

Meanwhile, Noel recently claimed rock music had become far more middle class than when he made it big with the band Oasis.

The musician was the lead guitarist and vocalist for the band he formed with brother Liam, in Manchester in 1991, and told how he doesn’t believe working class kids could afford to start a band now.

Noel wondered if teenagers had the means to make music these days.

He mused: “Where are the 14-year-olds in bands now? Working class kids can’t afford to do it now, because guitars are expensive, there’s no rehearsal rooms.

“They’ve all been turned into wine bars and flats.”

Although Oasis are no longer in a band, the group’s music still sells and is widely listened to which Noel attributes to his estranged brother Liam keeping their hits alive in his solo shows.