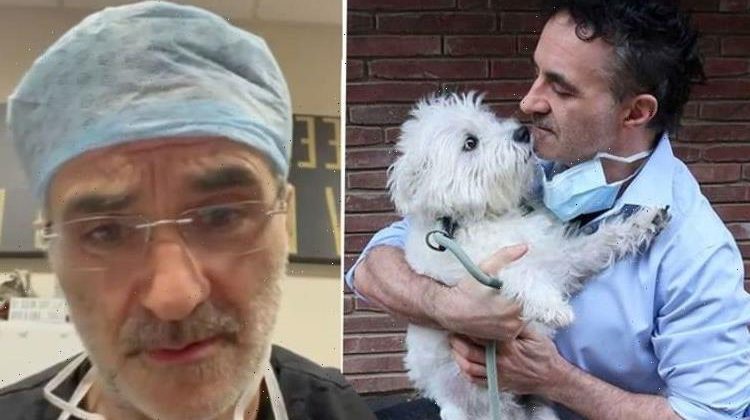 Noel Fitzpatrick has been fronting Channel 4 show Supervet since 2014. The hit series shows the 53-year-old giving an insight into his innovative techniques and life-saving operations on suffering animals.

When plans for the show were first put into place, the vet said producers initially banned him from showing blood on screen, due to its younger audience.

He explained that he wanted the programme to reflect real life, meaning potential gory scenes would need to be shown.

“All the adults and children in my consulting rooms experience grief, love and profound feelings.

“Whether we like it or not, a ten-year-old child has to process what is happening in the world,” Noel spilled.

“When I started Supervet the broadcasters told me I couldn’t put all the blood in the operations on the telly because kids wouldn’t like it.

“I said, ‘The kids can handle anything, it’s you who can’t handle it’.”

Noel went on to say he doesn’t believe children are afraid to watch blood on screens, adding to The Metro: “They love it. We patronise kids.”

The veterinary surgeon lives in a bedroom at his practice in Surrey.

In previous times, he admitted his love for helping animals had got in the way of his love life.

Noel told The Irish Times: “I’d like to marry and have kids one day, but the wife would have to know she’d always come second to the practice.”

He added he found “humans difficult” and gravitated more towards animals.

His last known relationship was with singer-songwriter Cathy Dennis, who he split from in 2003.

For now, he is focused on his surgery and continuing his duties saving animals.

Last year, Noel was left in tears when his 13-year-old dog Keira was hit by a car and a van.

Viewers witnessed the vet debating whether to operate on her himself or put an end to her suffering.

After some consideration, he decided to lead the surgery and thankfully, he saved her.

The vet previously said of the situation: “It was difficult to operate on her because she’s the love of my life.”

On RTE’s Today show in December, he added: “But it does put it into perspective and very much allowed me to walk in the shoes of every one of my clients who care deeply about their dog for sure.”

Sadly, Noel lost his beloved dog back in September.

Vetman and His Bionic Animal Clan: An Amazing Animal Adventure from the Nation’s Favourite Supervet is out now.