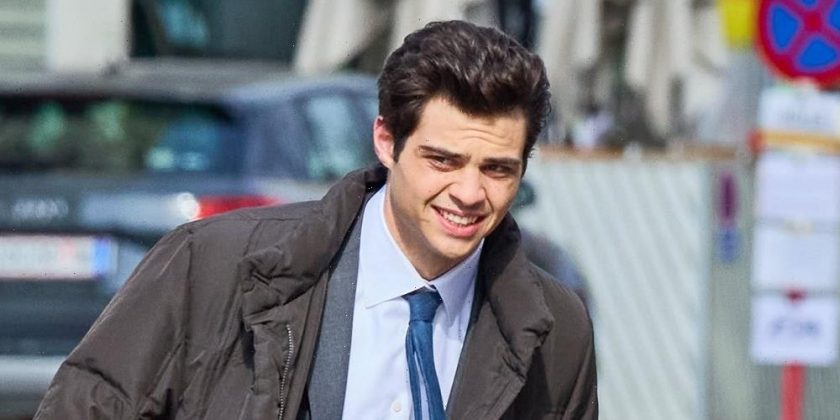 Noah Centineo does some stretches before filming begins for his new Netflix series in Vienna, Austria on Sunday (April 3).

The 25-year-old To All the Boys I’ve Loved Before stayed warm in a large puffer in between his scenes. He wore a navy suit with a blue button down and tie for his costume.

The show’s working title is reportedly Graymail, “a term that refers to the threatened revelation of state secrets.”

Noah is set to play a “fledgling lawyer at the CIA who becomes enmeshed in dangerous international power politics when a former asset threatens to expose the nature of her long-term relationship with the agency, unless they exonerate her of a serious crime.”

The actor was recently spotted out and about with Jacob Elordi and you can see all the pics here!