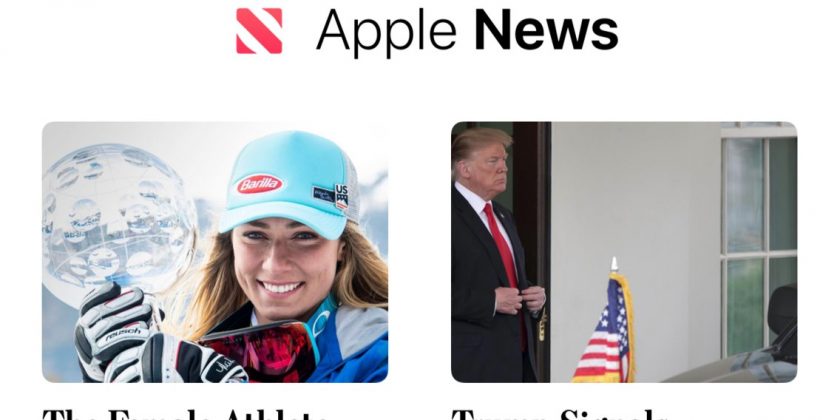 While The New York Times keeps cranking out subscription gains, The Wall Street Journal is bragging that it’s hit a record 2.6 million paid subscribers — and that it’s got big ambitions to keep growing.

News Corp’s Journal reported it hit 2.6 million paid subscribers in the first three months of 2019, a record number. Of those, 1.8 million were digital-only, a 19% increase over a year ago.

Read more: The New York Times has more subs than ever. That’s not necessarily good news for the rest of the industry.

The Journal, along with the Times, has been increasingly relying on subscription growth as advertising growth tapers off. But the question is how big the subscriptions market will be. 16% pay for online news in the US, according toReuters Institute research, and the Journal is traditionally thought of as being for business professionals, at a regular price of $468 a year for all-digital access.

Suzi Watford, CMO of the Journal, said the Journal is making a push for people who are price-sensitive. The Journal is doing this is by joining Apple News Plus, the phone maker’s new $10-a-month all-you-can-read subscription service. The Journal also has a deal launching in June with Twitter to distribute several videos a day for free.

“We want to make sure we’re getting out to as broad an audience as possible,” she told Business Insider.

Industry insiders thought Apple News Plus mightcannibalize the Journal’s pricier subscription business. Watford said it’s too soon to tell how many people are reading the Journal through Apple News Plus, which gives you access to hundreds of publications for $10 a month; most people signed up for the four-week free trial period, which ended in late April. But she said the impact on Journal subs has been minimal and emphasized that the Apple News readership is more female and general news-focused.

“We’re very comfortable—it hasn’t had much of an impact on the core business,” she said. “It is a very different experience reading the Wall Street Journal on Apple News versus reading it on our platform.”

The Journal also is stepping up its marketing to college students and other young readers. It’s created a “young audience” team to develop content aimed at people just starting their careers and has produced such stories as ones on thepopularity of therapy among millennials; why that generationisn’t buying homes; and how young peopleshould ask for a promotion.

The Journal is also trying to grow the high end of the market, with specialized newsletters for professionals that can run into the thousands of dollars a year. A subscription to WSJ Pro Bankruptcy costs $4,800 a year and includes daily emails, special reports, and a website, for example. WSJ Pro Central Banking costs $2,000 for a daily email and special reports. The Journal wouldn’t say how many subscribers these products have.

The Times is still ahead with 4.5 million subscriptions

The approach is similar to that of The Times, which has been rolling outpaid lifestyle products like Cooking, Crosswords and Parenting to lure new readers and also looking to increase prices for the core product. The Times has 4.5 million subscriptions, including 3.6 million digital subs, a 29% increase versus a year ago, and has a goal of reaching 10 million subs by 2025.

Dow Jones, to which the Journal belongs, hit a previously announced target of 3 million subs last May; it hasn’t announced a new goal. But Watford said she sees more room to grow, and in a different way from the Times.

“There’s no shortage of ambition, given the pace at which we’ve grown,” Watford said. “I think of what we’re doing as being slightly different from what The New York Times is doing, whether it’s around premium price, professionals, new audiences. It’s less lifestyle and leisure and more professional services.”

Still, it’s a question of whether the Journal can get nonsubscribers to ever pay full price. On the high end, the risk is thatpeople are already saturated with content and that going wide will dilute the Journal’s reputation as an authority for business readers.

Michael Silberman, SVP at Piano, a paywall technology company, said he doesn’t see competition for people’s wallet as much of an issue as their attention. “There’s only so much time in the day,” he said.

Watford conceded the Journal still has work to do in hooking people who may not think of themselves as traditional Journal readers while still being true to its brand.

“We also have to work on that and the perception that the Journal has something for them,” she said. “The way we see the world through this lens of business and technology, that hasn’t gone away. The Journal at its best is its tool that helps people make decisions about their careers, everyday decisions about their finances. Students are looking at that life-stage content. The more we can build on that, the better.”