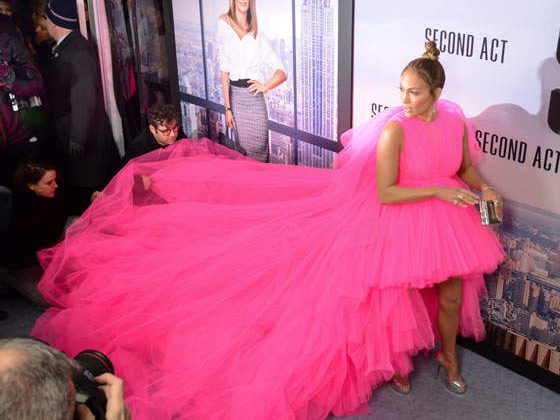 At last night’s Second Act premiere in NYC, JLo wore three hundred miles of fucking taffeta, and definitely what fellow Latina Ariana Grande would wear to her quinceañera. And I’m sure JLo’s date A-Rod loved her dress, because he probably falls asleep at an event that’s not about him, so he could easily take a nap under that giant shower puff without anybody knowing  – Tom + Lorenzo

SHOOKUS isn’t only the last name of the Ben Affleck ex that Matt Damon had dinner with, it’s also probably what Ben was when he saw these pictures – Lainey Gossip

Bad news for has-beens and athletes in need of a check, Dancing with the Stars is taking a long hiatus – SOW

You know those floss threaders for bridges and shit? It looks like Diane Kruger has two giant velvet ones around her chichis –  Popoholic

Howard Bilerman, an ex-member of Arcade Fire, produced new music and here it is – YouTube

FYI: That girl from Pitch Perfect and the blondie from One Direction were together, but they aren’t anymore – Just Jared