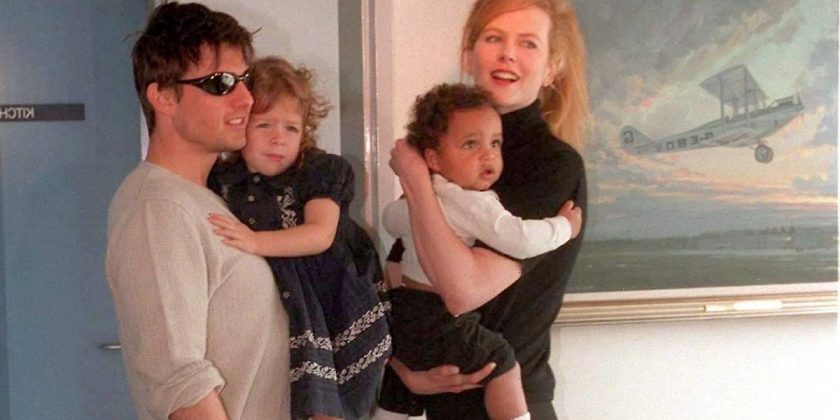 Nicole Kidman is one of the most famous actresses in the world but when it comes to her personal life, she prefers to keep things more private.

However, there has always been an interest in the star’s relationships, and her marriage to Tom Cruise between 1990 and 2001 often made headlines.

In a new interview with Harper’s Bazaar magazine, the Hollywood star was asked about what she thought of the press focusing so heavily on her relationship with her ex-husband.

She replied laughing: “I was young. I think I offered it up?”

Nicole continued: “Maybe I’ve gotten a bit more trepidatious, but I’m always trying to be as open as possible. I just prefer to live in the world that way…

“I’m wary at times, and I’ve been hurt, but at the same time I much prefer a warm approach rather than a prickly shut-down approach. My husband, Keith, says that when he met me, he said, ‘How’s your heart?’ And I apparently responded, ‘Open.'”

Nicole Kidman was married to Tom Cruise between 1990 and 2001

In the interview, the Big Little Lies star also opened up about parenting. The actress is a doting mom to four children – sharing Bella, 28, and Connor, 26, with Tom, and Sunday, 13, and Faith, ten, with husband Keith Urban.

“[I do] not have a big social life. I have my work, I have my family, I have my own inner landscape that I explore. I choose that probably more than I choose to be out partying,” she said.

On her strong family unit with Keith, she added: “We’re always working through stuff, but it’s very much love based, so there’s an enormous amount of give and take. I want him to have the best life he can have, and he responds the same way. We really love parenting together.”

MORE: Nicole Kidman lives on a $4.5million farm – and it’s so idyllic

The actress has been spending the majority of the pandemic at her home in Australia, where she spent several months filming Nine Perfect Strangers.

The star loves being over there, as she’s close to her mom Janelle and sister Antonia, who both help Nicole and Keith with childcare when they’re working.