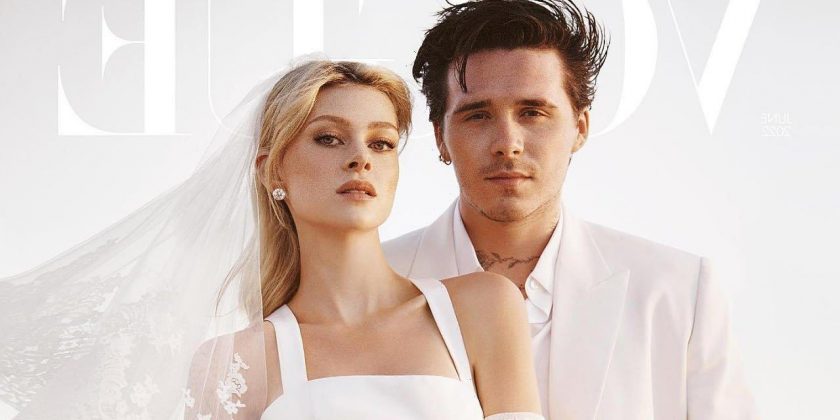 The model, who tied the knot with the 23-year-old in Palm Beach in April, recalls their first meeting at Coachella, which seems to be an underwhelming experience.

AceShowbiz –Brooklyn Beckham and Nicola Peltz didn’t hit off right way. The couple, who tied the knot in Palm Beach, Florida, in April, “didn’t get along” when they first met. Nicola has now confessed that their first meeting at Coachella was an underwhelming experience, saying, “We didn’t get along at first.”

The pair rearranged their wedding a number of times, after announcing their engagement in July 2020. Despite everything, Nicola is thrilled with how it turned out in the end.

Speaking with the June issue of British Vogue magazine, the blonde beauty said, “When the world was in lockdown, we went through different variations of what a wedding would look like. We weren’t sure if we should do a small one earlier and then a big party.”

She added, “Eventually, we decided we wanted the big wedding as soon as it was possible to do it safely. And we’re so happy we did. It was amazing to be in the presence of so many people we love again.”

Brooklyn, meanwhile, added, “We didn’t realise how much we missed that.” Brooklyn’s famous parents, David Beckham and Victoria Adams, tied the knot in 1999, when they had a lavish ceremony at Luttrellstown Castle in Ireland.

But Brooklyn and Nicola decided to look elsewhere for inspiration. Of the decision, Nicola said, “Their wedding was incredible and those pictures are iconic, but the wedding we were most inspired by was Iman and David Bowie‘s.”

The loved-up couple also enjoyed cheeseburgers, fries and chicken nuggets at the end of their big day. Speaking about their after-party, Nicola – whose dad is a major investor in Wendy’s, the American fast-food chain – explained, “We didn’t eat at all until we got to the Wendy’s truck, and then I had three burgers.”

Brooklyn added, “It was my idea, a perfect final touch.”

Brooklyn added, “It was my idea, a perfect final touch.”