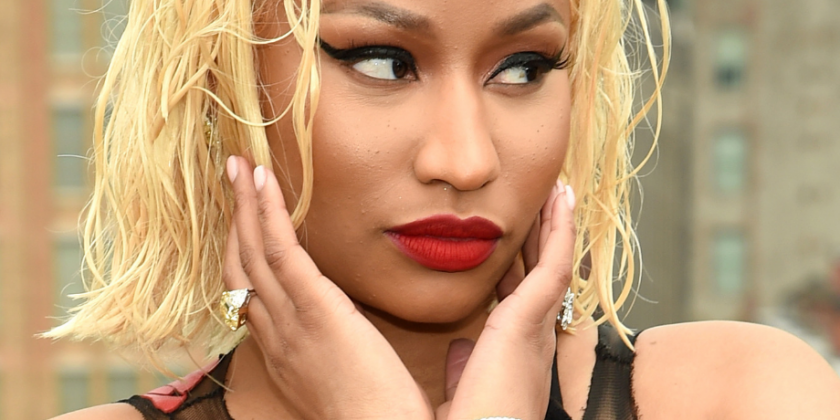 Nicki Minaj seems very happy with her new boyfriend, Kenneth “Zoo” Petty even though she has received some backlash for dating him because he is a registered sex offender. On Thursday, Minaj posted several photos and videos of her spending time with Petty and some other people. In one of the photos, we can see the “Pound The Alarm” rapper grinding on Petty who is all smiles behind her.

As The Blast reports, Petty plead guilty to attempted rape in the first degree in 1995 when he was 15 years old. The girl who accused him was 16 years old. He also spent seven years in prison for manslaughter for a shooting that ocurred in 2002.

There are rumors that this relationship may be more than just a fling for Nicki Minaj. TMZ reports that she is envisioning a future with Petty, a future that includes a wedding and kids. Their sources have also reportedly said that she is not concerned about his criminal record because she believes that he is a “good man.”

As TMZ notes, Minaj and Petty have known each other for some time but only recently rekindled their relationship. Based on her reaction to the controversy, it looks like she believes that he was wrongly accused by the victim’s mother. As The Blast notes, officials stated that Petty used a “knife/cutting instrument” during the incident that sent him to prison for attempted rape.

Minaj has shown that she’s willing to threaten legal action against people discussing the new romance. In a recent post on Instagram, she claimed to be suing Daily Mail TV reporter Jesse Palmer for his report on the relationship. During the report, Palmer said that she had a history of supporting sex offenders, citing her brother Jelani Maraj’s rape case.

“You better have a good lawyer,” she wrote in the caption of the post. “You just lied on me on nat’l TV & now you’re being sued. You better be able to back up what you just said about me with FACTS.”

Late last year, Jelani Maraj was found guilty of predatory sexual assault and endangering the life of a child.

In the past Nicki Minaj has been romantically linked to rappers Meek Mill and Nas. She also previously dated entertainer and Love Hip Hop Hollywood star Safaree Samuels for several years.

Although she released an album this year, a lot of the coverage of Nicki Minaj’s career this year revolved around high profile feuds with fellow rappers Cardi B and Travis Scott. The feud with Cardi B led to an in person confrontation during New York Fashion Week in which the “Bodak Yellow” rapper attempted to fight Minaj.