Former NFL player Joe Theismann reflects on the star quarterback’s legacy and comments on the NFL’s rebrand of the Washington Commanders.

NFL legend Joe Theismann joined "Cavuto: Coast to Coast" Thursday to commemorate the legacy of fellow star quarterback Tom Brady who announced his official retirement from the league this week.

Theismann made it clear that Brady is in fact "the greatest of all time" since he’s come out on top in "so many different" environments on the field with different players.

"He was the central focus point of all the Super Bowls," he said. "Adam Vinatieri made some kicks. Julian Edelman made a great catch… But if it wasn’t for Tom, they wouldn’t have been in that position."

TOM BRADY RETIRING FROM NFL, WILL CONTINUE TO ‘BUILD AND GROW’ BUSINESS EMPIRE

In spending time with Brady and getting to know him personally, Theismann said he came to appreciate his passion and enthusiastic approach to the game. 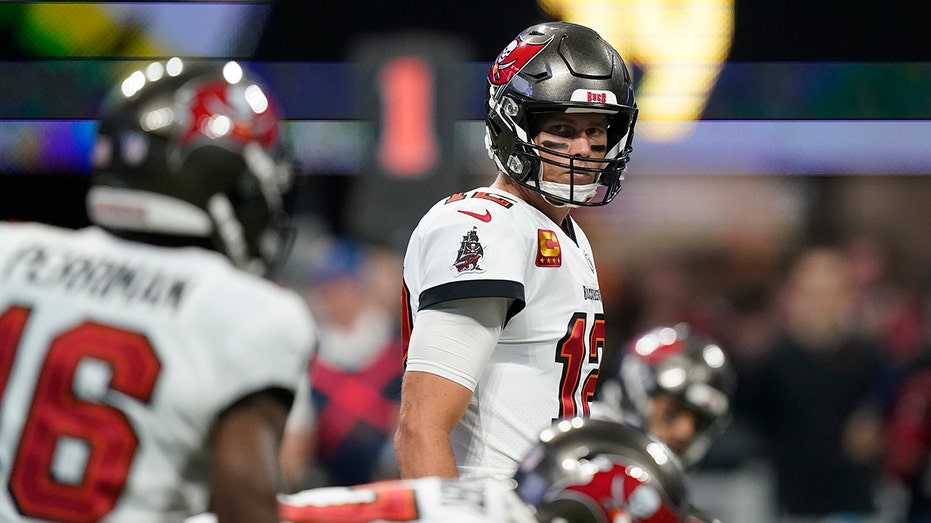 Tampa Bay Buccaneers quarterback Tom Brady works from the line of scrimmage during the first half of an NFL football game against the Atlanta Falcons, Sunday, Dec. 5, 2021, in Atlanta. AP Photo/Brynn Anderson (AP Newsroom)

"He loved the game of football," he said. "How many people can sit down and say, ‘You know what? I just absolutely love what I do for a living.’"

"When he had to deliver, he did," he added. "And that’s what I think has separated him from everybody else."

Theismann also weighed in on the rebranding of the Washington Commanders, expressing that he's a fan of the team's new design after mixed feedback from the public.

"It's inevitable that you're not going to please everybody," he said. "I think that the organization… worked really, really hard to try to come up with a name that honors the military, honors the city of Washington… and I think the fans will get behind it."