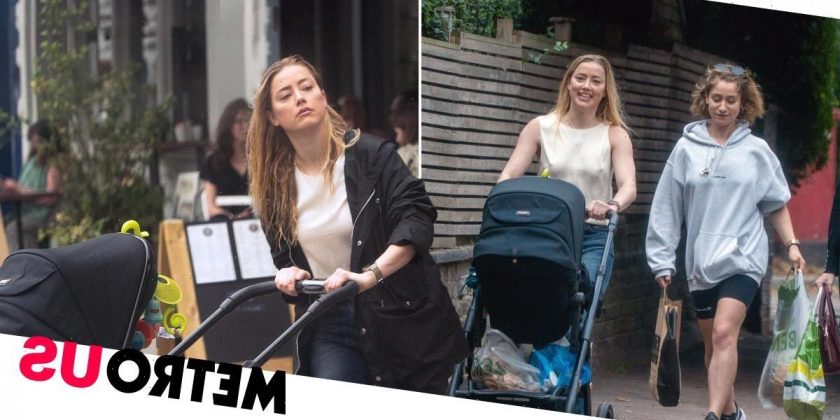 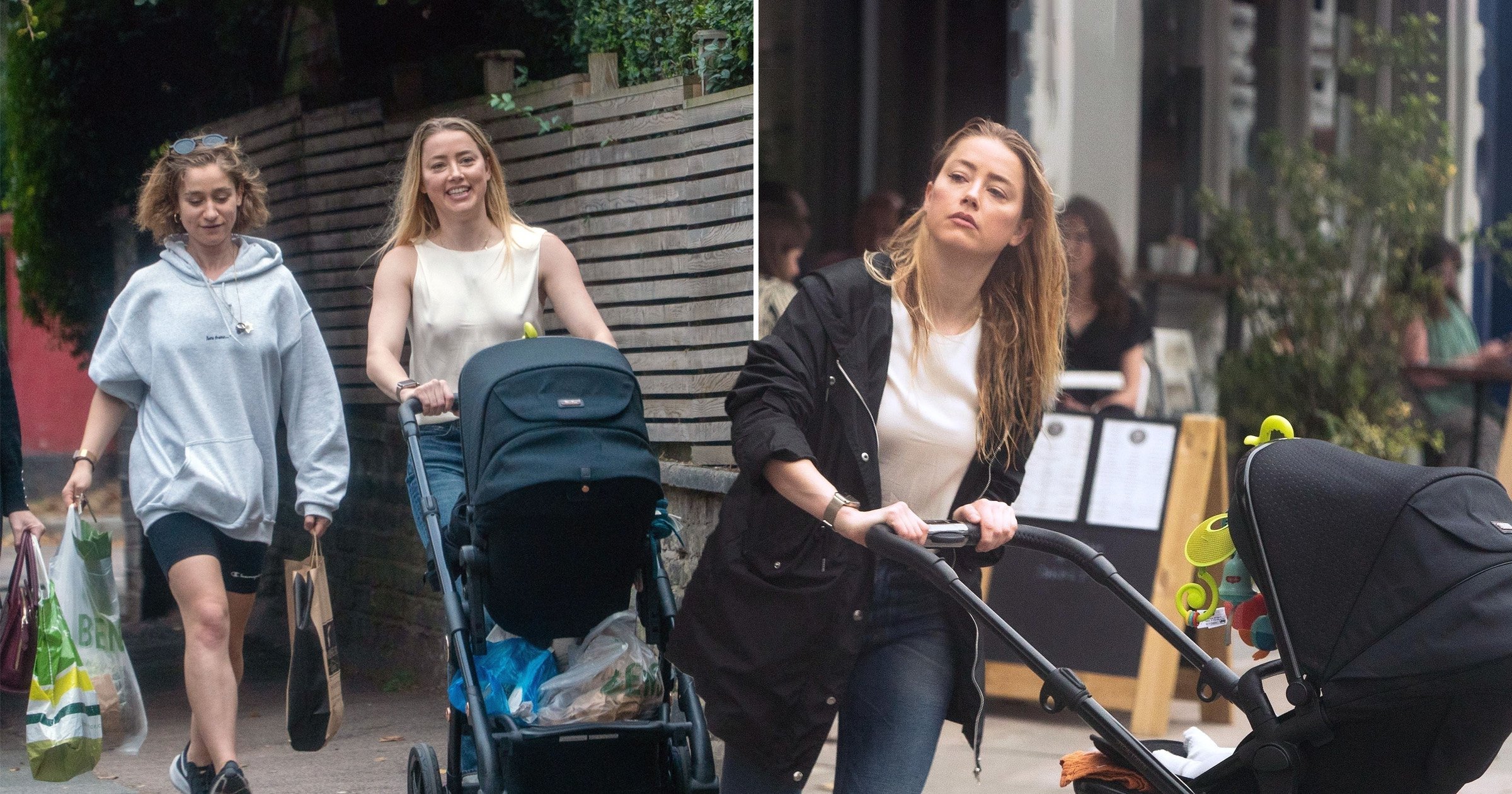 Amber Heard looked like she had the whole new mum thing in hand as she took her baby daughter Oonagh for a walk through North London.

The Aquaman star, wearing her hair loose, wore a casual and comfy outfit of a black coat over a white top and blue jeans with white trainers.

She pushed her daughter in a black pram that had toys handging from the hood and her bages of shopping stashed underneath.

Oonagh’s face was hidden from view but her tiny feet in a white babygrow were just visible inside the pram.

The new mum, 35, was joined on the outing by Eve Barlow, who helped Amber carry some of her bags as they chatted and walked.

Like Amber, her companion kept things lowkey in a blue hoodie and black bicycle shorts with trainers, and a pair of sunglasses on her head.

The pair looked relaxed and happy as they enjoyed the outdoors with the actress’ new bundle of joy.

Amber announced she had welcomed Oonagh in April this year after decided she wanted to ‘do it on her own terms’.

Sharing a picture on Instagram of herself cradling her baby, she said: ‘I’m so excited to share this news with you.

‘Four years ago, I decided I wanted to have a child. I wanted to do it on my own terms. I now appreciate how radical it is for us as women to think about one of the most fundamental parts of our destinies in this way.

‘I hope we arrive at a point in which it’s normalised to not want a ring in order to have a crib.

‘A part of me wants to uphold that my private life is none of anyone’s business. I also get that the nature of my job compels me to take control of this.

‘My daughter was born on April 8, 2021. Her name is Oonagh Paige Heard. She’s the beginning of the rest of my life.’

She welcomed her baby via a surrogate according to reports in Page Six.

Amber, who is currently in London to shoot Aquaman 2, has always kept her wish for a family out of the public eye, so her announcement came as a surprise to many.

The breakdown of her marriage to the Pirates of the Caribbean star has been highly publicised, with Amber claiming their marriage had been abusive, which Johnny denies.