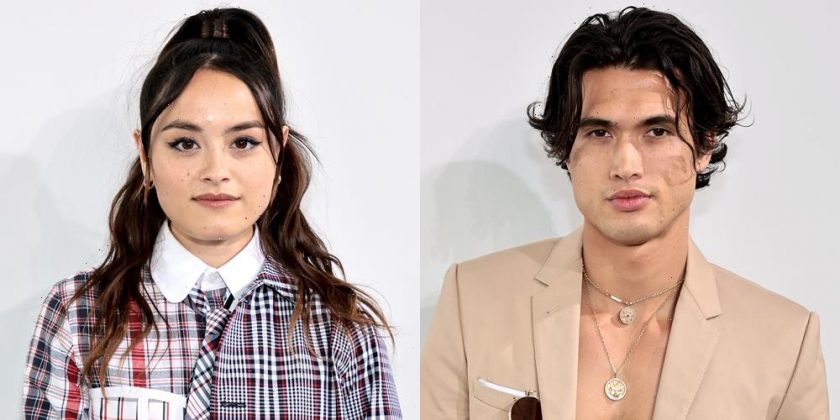 The new couple joined quite a few other celebs to check out the new collection, which is inspired by the Island of Misfit Toys from the classic animated film Rudolph the Red-Nosed Reindeer.

“In a way, I always feel New York is an island of misfit toys,” designer Thom Browne shared with WWD. “It’s a place where you can really be true to yourself and be comfortable. People are so much more accepting and it’s such an inspiring time.”

The upcoming movie follows a group of rich 20-somethings who plan a hurricane party at a remote family mansion, a party game goes awry in this fresh and funny look at backstabbing, fake friends, and one party gone very, very wrong.

Check it the trailer right here!

Just last week, Charles and Chase were seen out and about keeping close and showing some PDA in NYC. See the photos here!

The couple were first rumored to be dating back in March after being seen in the City.