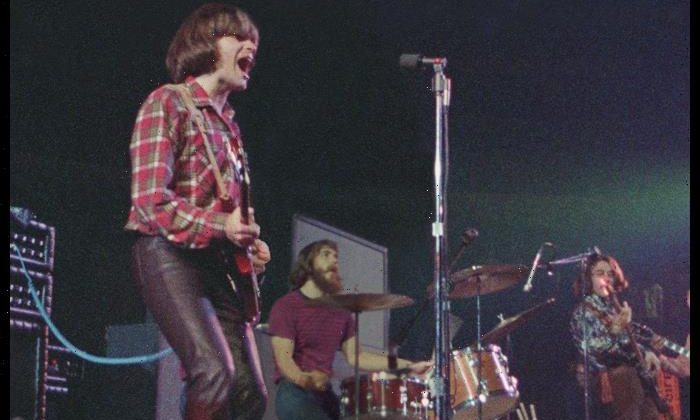 The film, Travelin’ Band: Creedence Clearwater Revival at the Royal Albert Hall, is directed by Grammy Award winner Bob Smeaton and narrated by Academy Award-winning actor Jeff Bridges, who is a fan of the rock band.

The film features the only full concert footage of the original Creedence Clearwater Revival to ever be released.

The movie takes the viewer on a journey from the bands formative years in El Cerrito, California, to their meteoric rise in 1969, from headlining Woodstock to selling out the Oakland Coliseum before traveling through Europe and taking the stage at the Royal Albert Hall.

Speaking about the film, Director Smeaton said, “As a kid growing up in the UK during the late sixties, early seventies, Creedence were a band that I was only really aware of through their hit singles.”

“Therefore making this film was an education for me, I was able to see and hear why they are worthy of their status as one of the greatest bands of all time,” he added. “I knew they were good, I never knew they were that good.”