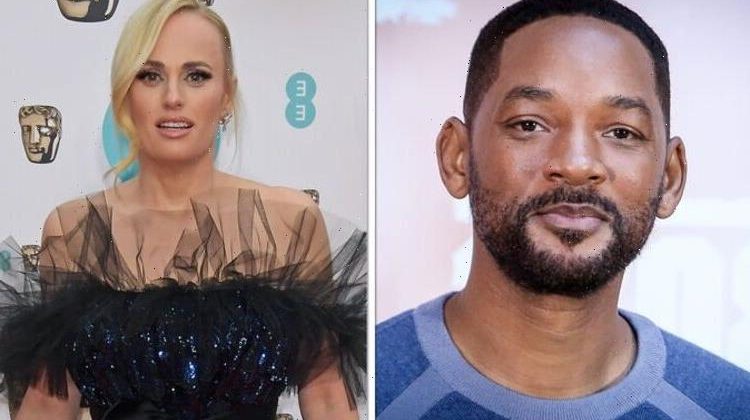 Will Smith, 53, has responded to a joke made by Australian actress Rebel Wilson, 42, while she hosted the BAFTAs at London’s Royal Albert Hall on Sunday night. At the awards ceremony, Will won in the Leading Actor category for his role in King Richard, beating Benedict Cumberbatch, Adeel Akhtar, Mahershala Ali, Leonardo DiCaprio and Stephen Graham.

Will was unable to attend the event, so the film’s director Reinaldo Marcus accepted the award on Will’s behalf.

Rebel took this opportunity to say she thought his “best performance in the past year was being OK with all his wife’s boyfriends”.

The crowd wasn’t very pleased with her joke and they groaned when she made the remark.

It seems, Will wasn’t very pleased about his marriage being joked about as he has since set the record straight.

He said there have never been surprises in their relationship.

Will said, speaking in the US: “There’s never been infidelity in our marriage.”

The 53-year-old added: “Jada and I talk about everything, and we have never surprised one another with anything, ever.”

There has been much speculation over Will and Jada’s 25-year marriage and Jada addressed rumours in 2020 when she admitted to being in a relationship with rapper August Alsina.

She made the confession on her show, Red Table Talk.

Jada described the relationship as an “entanglement”.

Last year, Will shed some light on their unconventional marriage.

The Hollywood star revealed that the couple, who share two children, now have an open marriage.

He also said that monogamy had been a “large part of their relationship”.

Will explained in the November issue of GQ magazine: “Jada never believed in conventional marriage.

“Jada had family members that had an unconventional relationship. So she grew up in a way that was very different than how I grew up.

“There were significant endless discussions about, what is relational perfection? What is the perfect way to interact as a couple?