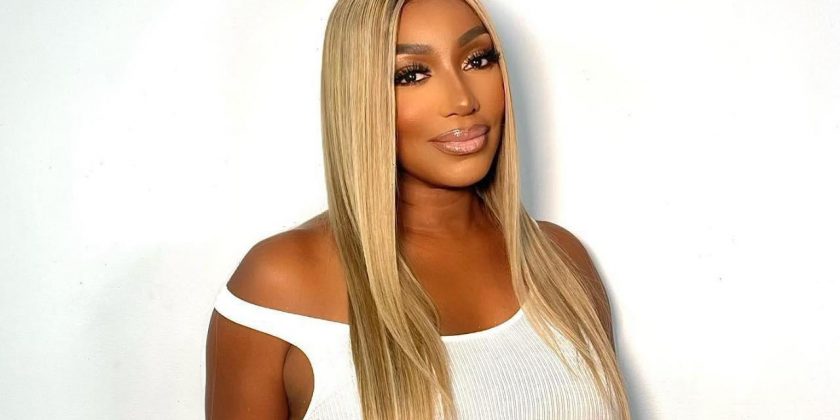 In other news, NeNe’s former ‘The Real Housewives of Atlanta’ co-star Kim Zolciak-Biermann has responded to her claims of racism in her lawsuit against Bravo and Andy Cohen.

AceShowbiz –NeNe Leakes is no stranger to feuding, but this must be the first time for her to be having an online back-and-forth with an app. The former star of “The Real Housewives of Atlanta” is involved in an Instagram feud with Facetune, a photo editing app, after its official account comments on one of her posts.

The said post, which was shared on Monday, June 13, saw NeNe standing in front of a lush green bush. The 54-year-old TV star looked stunning in a plain white tank top as she showcased her flawless skin. NeNe wrote in the caption, “Loving on me! Yung 404.”

Her followers flooded the comments sections with praises and one of them was coming from Facetune. Its official account wrote, “We are loving you.” Despite the positive comment, NeNe seemingly didn’t appreciate the move as she responded, “Um this is a professional photo shoot. Stop the madness.”

After catching wind of the shady exchange between NeNe, who has long been accused of over-editing her photos, and the photo-editing app, some Instagram users could not help but weigh in on it. “As if professional photographers don’t use Facetune? Lol,” one person replied. Someone else joked, “Not FaceTune stirring up drama.” Also enjoying the feud, one other noted, “LMFAO THE CLAP BACK OF 2022. Facetune for the WIN.”

That aside, NeNe is currently dealing with her legal issue against Bravo and Andy Cohen, accusing them of “encouraging” racism on the show. In the lawsuit, which was filed in April, she alleged that the team ignored her complaints about years of racist remarks from her former co-star, Kim Zolciak-Biermann.

Kim recently addressed the allegations during her appearance on “The Night Cap with Carlos King” alongside her former “RHOA” co-stars Sheree Whitfield, Lisa Wu and Deshawn Snow. “I mean, she knows what she’s saying is not true in regards to me,” Kim said. “That’s ridiculous, and she knows it. So, I’ll deal with her when she’s done with them. You can’t say things that aren’t true and try to defame somebody.”