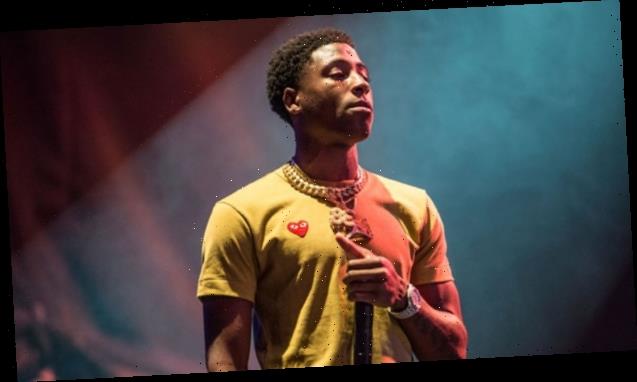 NBA YoungBoy is reportedly in FBI custody after a LAPD K-9 unit tracked him down after he allegedly fled a traffic stop.

NBA YoungBoy — a.k.a YoungBoy Never Broke Again — was the target of a manhunt on Mar. 22, after he allegedly tried to evade LAPD and FBI units trying to take him into custody due to an outstanding federal warrant.  Officers from both departments tried to pull over his vehicle which resulted in a brief pursuit, TMZ reports. The site says that it resulted in a perimeter search when the 21-year-old pulled over and took off on foot.

The drama then escalated when officers allegedly set up a perimeter and the LAPD brought in a K-9 unit, and the dog was able to sniff out the rapper. Fortunately no one was reportedly harmed, and YoungBoy was taken into federal custody by FBI agents. TMZ reports that a firearm was found in the “No Smoke” rapper’s car, but it is not clear at this time if it belongs to him. It’s also unclear what the outstanding federal warrant for Youngboy’s arrest pertained to. 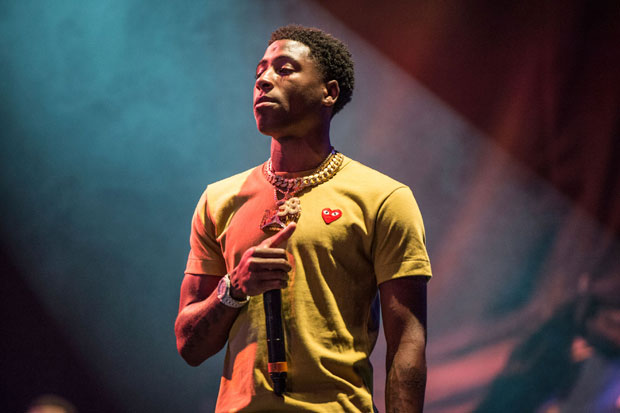 YoungBoy — real name Kentrell DeSean Gaulden — has been in trouble with the law in the past. He was charged with two counts of attempted first-degree murder in 2016, after he was accused of jumping out of a car and opening fire into a crowd in South Baton Rouge, LA. He spent six months behind bars and ended up taking a guilty plea to a reduced charge of aggravated assault with a firearm. YoungBoy was given a suspended 10 year prison sentence in Aug. 2017, with three years of supervised probation.

The Louisiana rapper himself was the target of a drive-by shooting in 2019, when someone in a black Cadillac Escalade opened fire on YoungBoy’s vehicle as he left the Trump International Beach Resort in Sunny Isles, FL. A 43-year-old member of his entourage was killed, and his girlfriend at the time Kaylyn Marie Long was wounded by gunfire in the shooting, but survived. A five-year-old child inside the car was grazed by a bullet.

YoungBoy just became a father again, this time with boxing legend Floyd Mayweather‘s 20-yar-old daughter,  Iyanna “Yaya” Mayweather. The couple welcomed a son Kentrell Jr. on Saturday, Jan. 9, 2021. It is the pair’s first child together, and YoungBoy’s eighth, as he now has six sons and two daughters.

YoungBoy developed a strong following after releasing mixtapes in 2015 and 2017. He dropped his debut studio album Until Death Call My Name in April 2018. It ended up making the top ten of the Billboard 200 album chart and went on to be certified platinum. In September of 2020, YoungBoy released his second album Top, but the prolific rapper had dropped a number of EP’s and mixtapes in between his studio LP’s. We’ll keep you posted on YoungBoy’s arrest status.