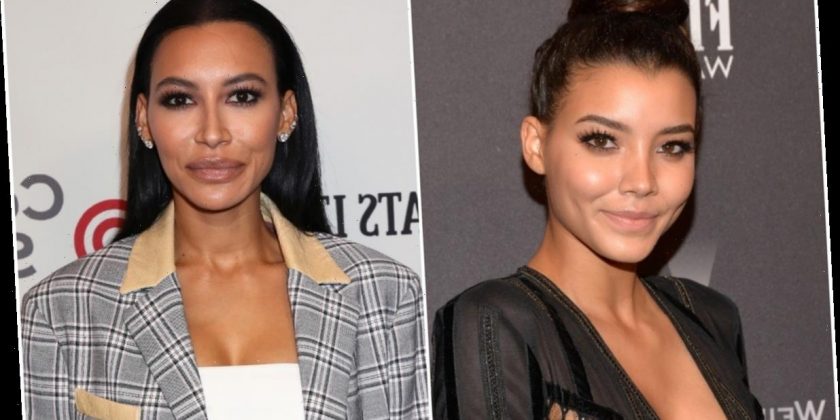 When Naya Rivera passed away on July 8 due to accidental drowning, she left a number of loved ones behind. Her son Josey now lives with his father Ryan Dorsey full-time, and her sister Nickayla has been helping out where possible. In fact, a myriad of reports have claimed the two are now living together. As unorthodox as it may be, Naya Rivera’s sister Nickayla’s comments after moving in with Ryan Dorsey explain a lot.

Nickayla took to Instagram on Sept. 28 to address the backlash, though, she didn’t confirm or deny whether recent reports were true.

"In the darkest time of my life, the only thing that is important is my friends & family," she wrote on her IG story. "Showing up for my nephew, even though I can’t show up for myself."

"I’m not concerned with the way things look because no one can see each agonizing moment we all endure. What matters most I’ve learned, is to show compassion, not to judge others, & never take a moment of life for granted. I hope you all do the same," she concluded with a heart emoji.

You can see Nickayla’s post addressing her living situation below. 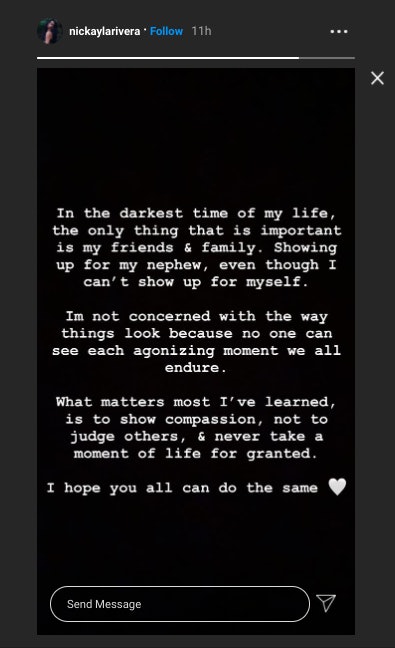 Dorsey has yet to speak out about moving in with Nickayla, but at this time, he maintains full custody of Josey. Prior to Naya’s death, the two had been co-parenting together, and the news of her passing hit Dorsey hard.

"This is so unfair…there’s not enough words to express the hole left in everyone’s hearts," he said on Instagram on July 25. "I can’t believe this is life now. I don’t know if I’ll ever believe it. You were just here… We were just in the back swimming with Josey the day before. Life just isn’t fair. I don’t know what to say…I’m thankful for our times and our journey that brought us together and gave us the sweetest and kindest smart little boy we could ever hope for." As they navigate an unconventional situation, hopefully Nickayla and Dorsey get the "compassion" they need.