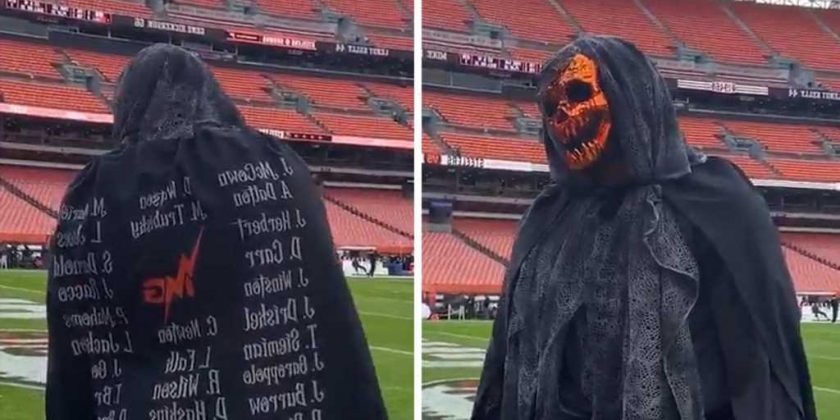 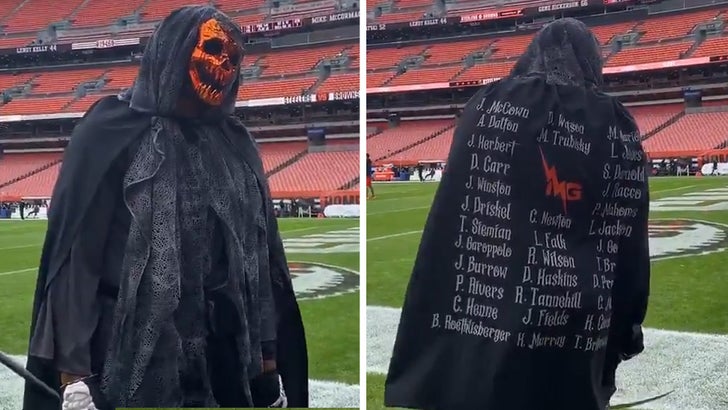 That’s what Cleveland Browns star Myles Garrett called himself on Halloween … dressing up as the Grim Reaper — in a costume that featured an impressive list of QB’s he’s sacked.

Patrick Mahomes, Lamar Jackson, Tom Brady, Russell Wilson, and Ben Roethlisberger all made the cut … and had their names painted on the back of the Grim Reaper’s back. 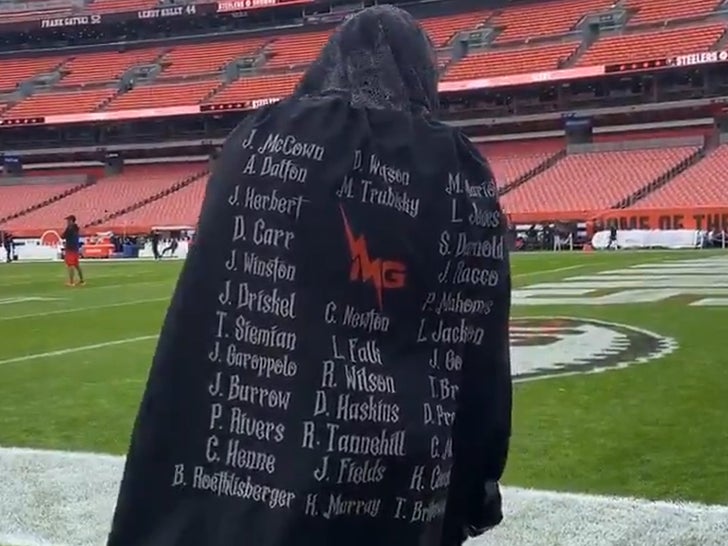 The costume was pretty cool … Garrett was draped from head to toe in black, and rocked an orange mask. He even had a scythe.

We know the Browns defensive lineman takes Halloween very seriously. Remember, Garrett placed headstones of quarterbacks he sacked on his lawn in front of his Cleveland home.

The guys above weren’t the only NFL stars to make the Reaper’s back … Cam Newton, Deshaun Watson, Jimmy Garoppolo, Jameis Winston and rookie QB Justin Fields also made the list.

In his short NFL career, Garrett has 53 career sacks. At this pace, Myles might run out of room by next Halloween.