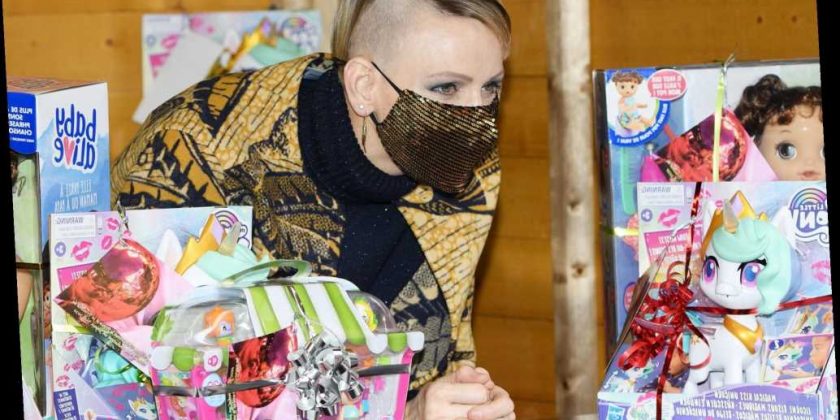 Monaco's Princess Charlene doesn't care what you think about her buzzcut.

The royal is opening up about her dramatic new "half-hawk" haircut in a new interview on Wednesday with French magazine, Pont de Vue, saying that was her "decision." And that once the shock wore off, her husband Prince Albert has grown to like it!

Charlene, who turns 43 on Monday, debuted her new look on December 6 at the Palace's annual Christmas party. Asked whether as a public figure she has found a way of dealing with the criticism that followed, she launched into a quick defense.

"This haircut was my decision," she responded. "It seems that it has provoked all kinds of comments. But it turns out that I wanted it for a long time, the style pleases me. That's all."

Describing herself as an uncommon princess, she continued, "Certainly, of all the members of royal families, I'm probably the one who has tried the most different hairstyles, and I'll continue. That's my choice." The royal, who in the past has addressed criticisms branding her as distant and "unsmiling," says she was prepared for strong reactions to her dramatic style change.

"Of course. The remarks of 'But what is she doing?' and 'But it's not royal!' — I know these all too well. And I have nothing to say to them, except that we're in 2021 and that in these times which are so troubling, so difficult, there are other, much more important subjects which deserve our attention," she said. "What counts is that Jacques and Gabriella adore seeing their mother with her new style," she continued. "And that after the initial surprise wore off, the prince understood and likes it now too."

Last summer, while preparing for her WaterBike endurance challenge she debuted a pixie cut and then experimented with baby bangs. Charlene's interview accompanies the release of a new official family portrait, in which Charlene poses in a white jumpsuit with a wire necklace (both from Dior), alongside Prince Albert and the couple's 6-year-old twins Prince Jacques and Princess Gabriella. The photograph, which is being sold for charity in Monaco, was taken in the Palace late last November — before she shaved her head!