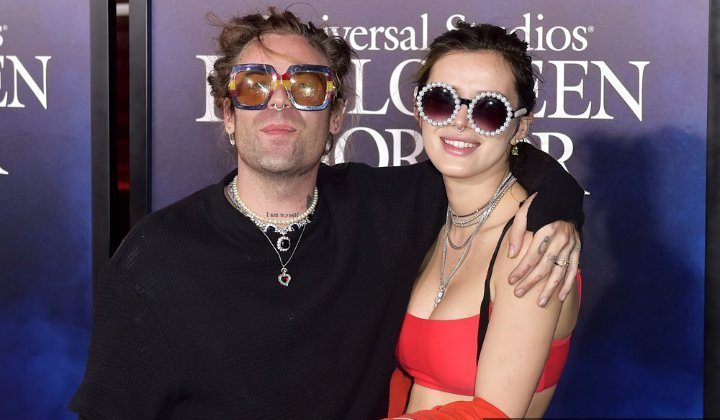 Just weeks after admitting that his break-up with the ‘Midnight Sun’ actress ‘hurt like hell,’ the 32-year-old rapper shrugs off possibility of them getting back together.

AceShowbiz -Rapper Mod Sun has threatened to sell his ex-girlfriend Bella Thorne‘s belongings on auction site eBay if the actress doesn’t collect them from their shared storage unit.

The pair split in April after a two-year relationship, with their break-up following a reported heated row at the first weekend of Coachella.

While the musician previously admitted the end of the romance “hurt like hell”, it seems he’s ready to put it behind him once and for all – by getting Bella’s things out the unit he shares with the star.

During a chat with TooFab while out in Los Angeles, Mod said of Bella’s belongings: “It’s at the storage unit, the Mod Sun storage unit… I figured if she doesn’t get it soon I’m gonna have a really, really poppin eBay site.”

The rapper was also asked about potentially rekindling his relationship with the “Famous in Love” star, which quickly he shut down, insisting: “The future is so unpredictable, but at this point, I’m doing SO well… So I can’t, I can’t. (I’m in a) totally different place, like, really bad.”

His words are in sharp contrast to his admission last month that he was struggling to deal with the breakdown of the relationship.

“Each day is starting to get a little easier… I have so much love for that girl inside me that getting over her will never be an easy process, but it’s what’s best for us both. It hurts like hell, but I’m going to be OK,” he told the New York Post’s gossip column Page Six.

Following Mod and Bella’s split, the actress shared a picture of them on social media and added the caption: “I will always love you. All good things must come to an end.”