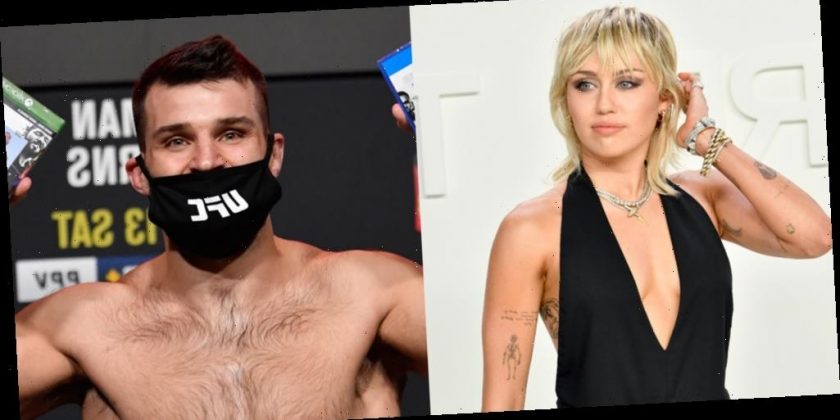 Miley Cyrus has responded after being called out by MMA Fighter Julian Marquez.

After winning his match against Maki Pitolo over the weekend at the UFC 258 event in Las Vegas, the 30-year-old fighter spoke to ESPN afterwards and name dropped the musician.

Most fans expected Julian to challenge others in his weight class to future fights, he instead used it to ask out Miley!

“I’ve been waiting 31 months to get on this damned mic,” he shared. “And to call these people out right now … this is my time to shine. So, Miley Cyrus — will you be my Valentine’s?”

It didn’t take Miley all that long to see his video and respond to his request.

However, she did have a request of her own. See it below:

Julian has yet to reveal if he did shave an MC into his chest hair. Stay tuned for updates!

Just recently, Miley was seen sending her love and support to this singer during her Super Bowl performance.