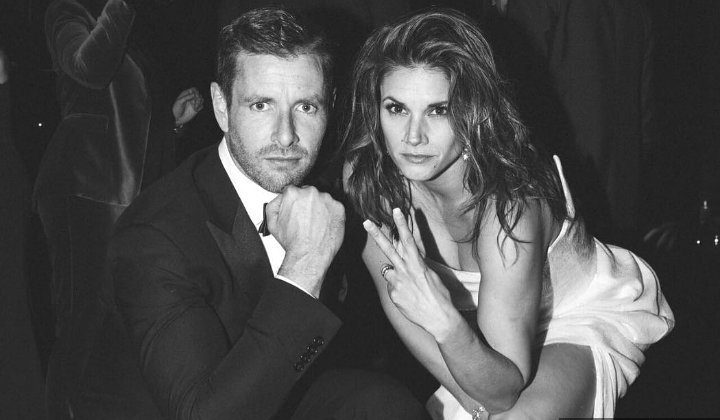 AceShowbiz -Actress Missy Peregrym rang in 2019 as a missus after tying the knot on Sunday, December 30, 2018.

The 36-year-old screen star wore a Vivienne Westwood gown and sneakers as she exchanged vows with Australian actor Tom Oakley surrounded by family and close friends. Following the ceremony, Missy shared some photos from her big day on social media, and wrote on Twitter: “So proud and excited to call my Tom, my husband.”

Canadian actress Missy is most well known for starring in TV shows such as “Rookie Blue” and “FBI” and films such as 2006’s “Stick It“.