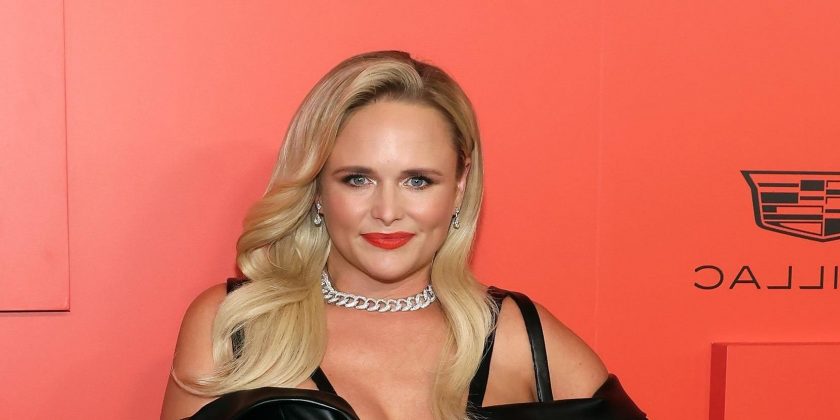 Love was in the air during Father’s Day weekend and the proof is in the photos. Of course, we’re referring to the oh-so-adorable thread of snapshots shared by both Miranda Lambert and her hubby Brendan McLoughlin.

Over the weekend, the country couple traded in the stage and red carpet for a more serene setting on the lake. Since summer’s in full force, we can’t blame the two lovebirds for taking time to enjoy some much needed relaxation by the water. Brendan wasn’t afraid to share a bit of PDA with fans in his recap of the weekend. He captioned his Instagram with, “Great day at the lake with some absolute great people”.

Instead of a show-stopping mini skirt like the one she donned on The Tonight Show, Miranda opted to keep things super casual in a pink bikini, pigtails, and, of course, a hat that reps her home state of Texas. Whether it’s signs of a new tan or just being around people she loves, the “Actin’ Up” singer was absolutely glowing.

The same goes for Brendan, too! Y’all remember that video for Miranda’s single “Tequila Does”? The former NYPD officer showed us what a true six-pack looked like back then and from the looks of his Instagram, his abs haven’t changed a bit. Even in the video of him taking a terrifying jump from a cliff and into the lake, they had our attention.

The fun didn’t stop there for Miranda and Brendan. The singer surprised fans by introducing a new member to the family and he goes by “Cowboy.”

“Y’all welcome Cowboy to the Farmily! Our newest addition. Just in time for Father’s Day! When my friend @hello_i_eric said a friend of his had a horse that needed to be re homed …. That’s never a no… It’s a hell yeah!
💙🦄 #ifiwasacowboy,” wrote Miranda.

Fans and friends of the singer were quick to leave their excitement in the comment section with messages like:

From the looks of it, Cowboy’s already a fan of Little Big Town who Miranda gave a shout-out to in her caption. Miranda was smiling from ear to ear in a hat featuring the title of Little Big Town’s latest single and even Cowboy got a chance to rock the merch.