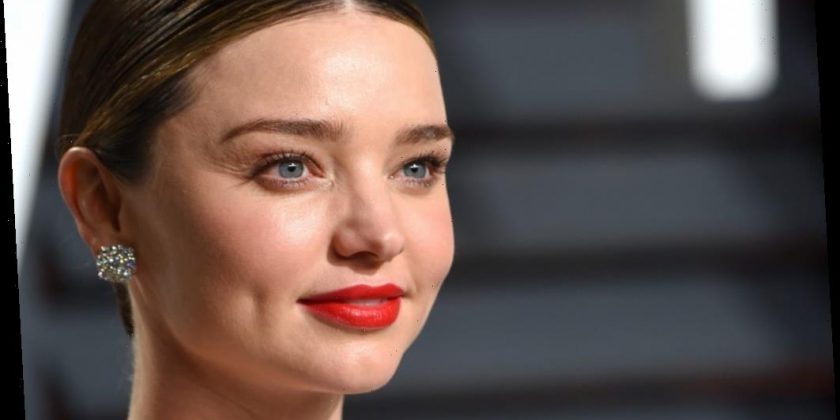 Miranda Kerr is a top supermodel and a savvy businesswoman. She rose to fame rocking the runway for the lingerie brand Victoria’s Secret and has worked with many of the top names in the fashion industry. These days, Kerr is as busy as ever, although her daily routine is somewhat different. Kerr is a wife and mother to three young children and runs her very own skincare brand. As a force to be reckoned with in the beauty industry, Kerr has strong opinions about her own makeup and skincare routine, and once shared a very clever hack to get the most eye-catching lashes.

How did Miranda Kerr become famous?

Miranda Kerr was born in Australia in 1983. Raised in a loving, close family, Kerr had a very normal childhood and spent a great deal of time outdoors, exploring nature. When she was a teenager, Kerr entered a modeling competition and before she was even fourteen years old, she started signing modeling contracts, according to IMDb. By the early 2000s, Kerr’s face was seen in a number of advertising campaigns and her trademark dimples had begun earning her big bucks.

In 2007, Kerr signed a deal with Victoria’s Secret and began getting even more press exposure. She was with the lingerie brand for years before eventually stepping away to work on her own projects. As one of the world’s highest-paid models, Kerr had her pick of projects, but she chose to focus her attention on developing her own skincare brand, KORA Organics. In the past several years, Kerr has also worked on writing projects and has even published a self-help book.

Miranda Kerr has long been considered one of the most beautiful women in the world and is known for her glowing skin and her dimples. She has a passion for beauty and skincare, and in 2018, she opened up about her daily beauty routine to Vogue Australia. Kerr admitted that she uses the facial oil from her own skincare brand every morning and that she “wouldn’t be able to live without” the product.

When it comes to her makeup, Kerr stated that she likes to “keep it natural” and rarely does a full face of makeup when relaxing at home with her family. She revealed that a typical look for her when at home or during her off-time includes concealer, luminizer for a glowy finish, and lip balm. She also said that when she has time, she brushes out her brows and curls her lashes.

When she does curl her lashes, Kerr doesn’t reach for a common eyelash curler, which can pinch the eyelid and even rip out lashes, when used too roughly. Rather, Kerr has a special trick for getting long, curly lashes without any unfortunate side effects.

What does Miranda Kerr recommend for long, curly eyelashes?

Getting lost in a book is one of my favorite things! 📚 Would love to hear what some of your favorite books are ❤️

Miranda Kerr loves the look of curly eyelashes, but not the damage that eyelash curlers can do to lashes and lids. So when she wants to enhance her natural lashes, she reaches for a metal spoon, according to Huda Beauty. To mimic Kerr’s look, simply place the spoon over the lid, following the natural shape of your eyelid. Then, apply mascara, brushing upwards in smooth strokes.

Not only does Kerr’s eyelash hack keep lashes curly, but it protects them from damage and even ensures that lids stay clear of random mascara smudges. This tip won’t give you Kerr’s naturally long lashes, but it will definitely help to mimic their curl.