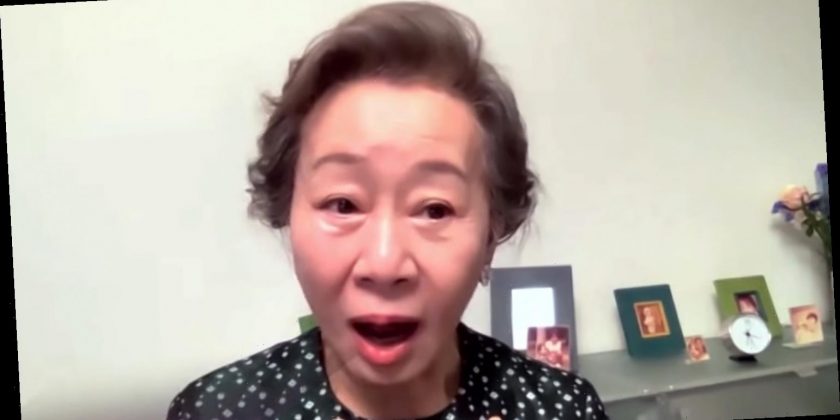 Youn Yuh-jung won over everyone’s hearts with her sweet speech at the 2021 SAG Awards!

The 73-year-old South Korean actress won the award for Outstanding Performance by a Female Actor in a Supporting Role for her work in the movie Minari.

Yuh-jung appeared to be shocked by her win and said, “I don’t know how to describe my feelings. I’m being recognized by Westerners!” She then continued by saying, “I don’t know, am I saying right?”

The other nominees all cheered her on and told her that she was doing a great job with her speech.

“My English is not perfect,” she continued. “I’m really pleased and happy and thank you for the SAG-AFTRA. Thank you, so much thank you, Olivia, Glenn, Maria and everybody. Thank you.”

FYI: Steven is wearing Dunhill with an Omega watch. Alan is wearing an Emporio Armani navy blue suit with a blue shirt and a necktie. Yeri is wearing a Miu Miu gown, Roger Vivier shoes, and Piaget jewelry.