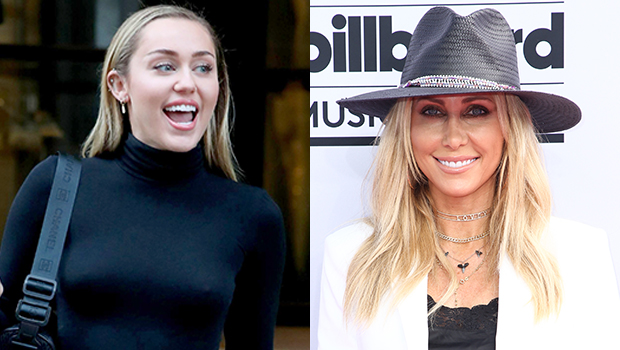 Miley Cyrus admits that one in a while, she likes to ‘toke a little,’ despite quitting back in May 2017. And, you’ll never guess who got her back in the drug! Check out her latest interview!

Miley Cyrus, 26, is back on the weed wagon 19 months after admitting she had quit! The singer revealed she and her “Nothing Breaks Like a Heart” collaborator Mark Ronson “toke a little” every now and then, during an interview with The Sun. And, Miley said it was actually her mom, Tish Cyrus, who got her “back on it.”

“When I’m just working I don’t think I function at my highest, most intelligent, most being-able-to-be-as-aware-and-as-present, so I don’t smoke when I work,” Miley explained. The interview was the first time she confessed to smoking again after quitting in early 2017. In an interview with Billboard last May, Miley revealed she hadn’t smoked weed in three weeks. She also opened up about her decision to quit “for a second.”

“I like to surround myself with people that make me want to get better, more evolved, open,” she explained. “And I was noticing, it’s not the people that are stoned. I want to be super clear and sharp, because I know exactly where I want to be.”

Weed has been a candid topic for Miley, who once credited Jimmy Fallon for helping her quit smoking. She continued to talk about her decision to quit the drug during a June appearance on The Tonight Show.

“I stopped smoking because, to sit here and to talk about what I’m doing, I wanted to be really clear because I’m actually the most passionate about what I’m doing with this record then I’ve been — I say this every time,” she said at the time. “I loved making this record so, so much. And this record, for me, at this moment, is the most important album that I’ve ever made. So, I wanted to make sure that I’m super clear about the way I’m talking.” Miley also admitted that she had “always been very stoned” when appearing on his shows.

However, it almost seems inevitable that Miley would reunite with weed after she admitted that it was “the best drug on earth,” during an interview with Rolling Stone in 2013. Miley’s been back on her music game, having dropped her latest single “Nothing Breaks Like A Heart”, accompanied by the video on November 29