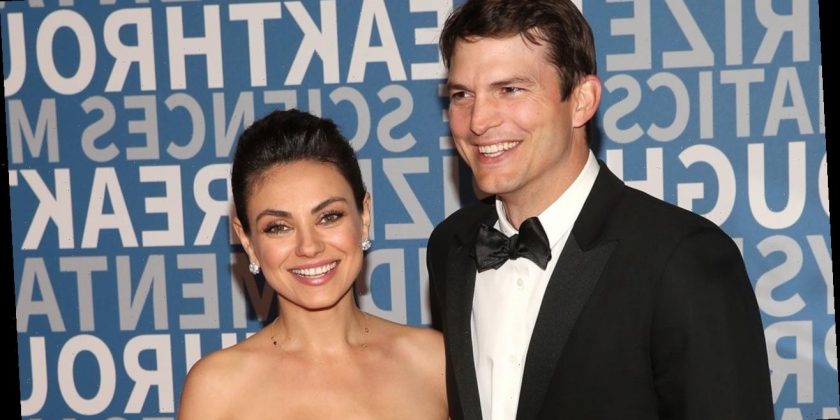 Mila Kunis is sharing one of her favorite things about Ashton Kutcher. The 37-year-old actress appears on Tuesday’s episode of The Ellen DeGeneres Show, and reveals her favorite body part of her husband of five years.

“His back,” Kunis says during Wheel of Hidden Secrets, a game she agreed to play in order to raise money for health care heroes. “He has a really sexy back.”

When the host reminds Kunis that Kutcher’s “front is good too,” the actress shares why she was so quick to point to her husband’s back.

“I felt like if I said any part of his front that you were going to turn it into something, and so I went with his back,” she says through laughter.