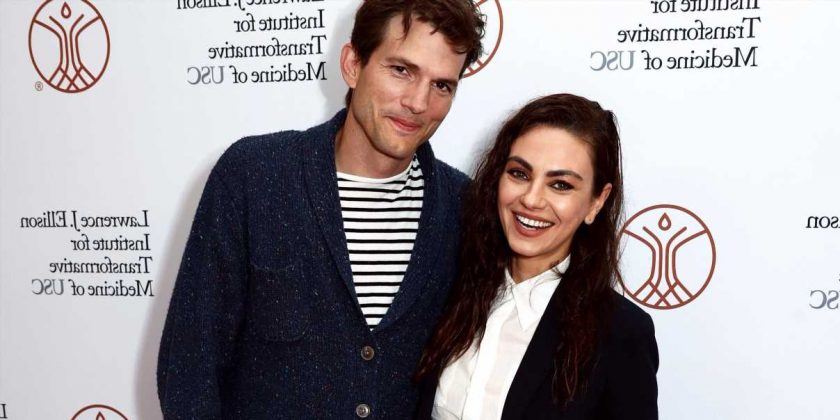 Over the course of nearly nine-year relationship, Mila Kunis and Ashton Kutcher have almost never posed together on a red carpet, but yesterday, they made an exception for the Grand Opening of the Lawrence J. Ellison Institute. Kunis wore a chic black pantsuit, while Kutcher wore a navy cardigan, black pants, and a striped shirt. 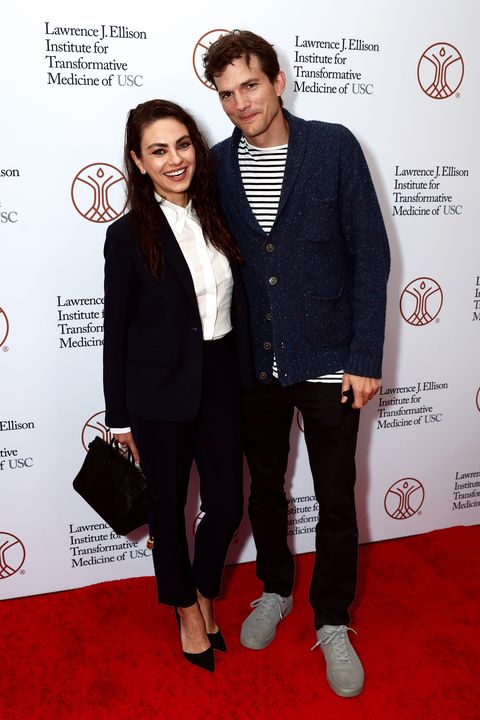 Entertainment Tonight interviewed Kunis on the red carpet. She was asked how she and Kutcher balanced their acting careers with raising their two children Wyatt, almost 7, and Dimitri, 5. “We tag team!” Kunis said. “We never work at the same time. And we only shoot on location during summer breaks, and the rest of the time we shoot at home.”

Kunis spoke to Howard Stern in 2016 about how she and Kutcher went from friends with benefits to a married couple. “We both were in agreement,” she said of the arrangement initially. “Like, ‘Yeah, this is just fun. Just fun,’ shook hands on it, ‘this is just fun.’ Three months later, I was like, ‘This isn’t fun anymore.’ We were always open. We were incredibly open with one another in regard to like where we were with our feelings. We found out we would literally attempt to see other people and then like that night we’d be like, ‘Hey, what are you up to? Wanna come over?’ It ended up being just having fun to genuinely wanting [more]—when I realized I was nervous [about him going out with someone else and me losing him], was when I spoke to him. I was like, I don’t like this anymore.”

“We started dating with the idea we’re both never going to get married,” she added. “[Kutcher] just got out of a marriage. I got out of a long relationship. I was single and having the best time ever. I was totally dating, having a great time, and I was like, ‘I’m never getting married.’ He’s like, ‘Great, neither am I!’ And we’re like shaking hands on it and we’re like, ‘Life is great!’ A year later, we’re like, ‘Tomorrow, let’s get married.’”