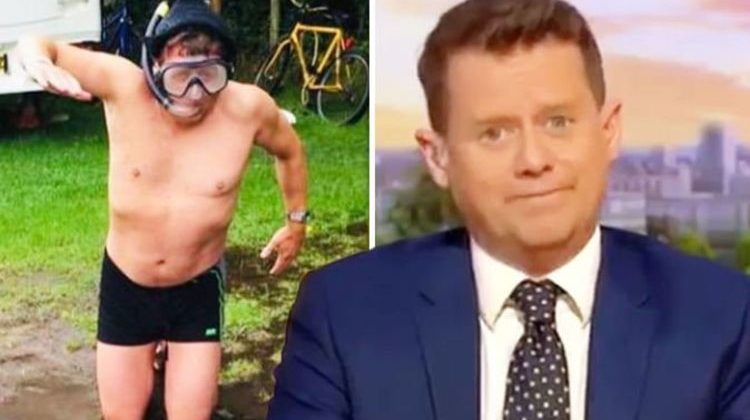 Mike Bushell, 53, shared a funny Twitter snap while enjoying the great outdoors in “torrential rain”. The BBC Breakfast sports reporter, who is part of the Strictly Come Dancing 2019 line-up, donned a snorkel and mask to brave the wet weather conditions. In the photo, Mike can be seen kneeling down in a muddy puddle on a camp site while wearing snorkelling gear. The journalist wore a pair of fitted black shorts for the occasion and opted to go without a shirt.

All part of my Strictly training.

Flaunting his physique, Mike pretended to swim in the picture as he was hit with a sudden downpour.

Explaining his antics, the BBC favourite captioned the photo: “When camping in the August torrential rain, past experience has taught me to take a snorkel and mask.”

The Strictly hopeful went on to jokingly reveal his move was essential to his training for the dance competition.

He added: “All part of my @bbcstrictly training.”

Commenting on the weather, one Twitter user wrote: “I believe you have experience of #BogSnorkelling. Meanwhile, I have socks on, the lights on and am a degree away to putting the heating on!! #summerweather.” 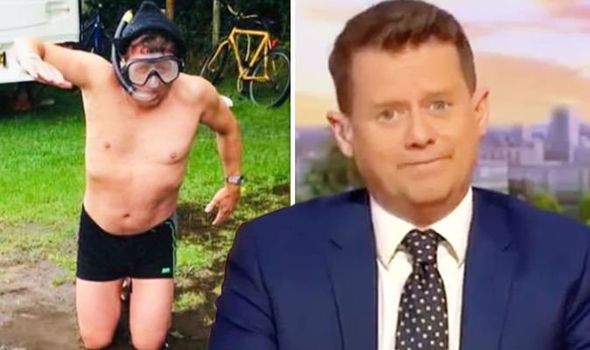 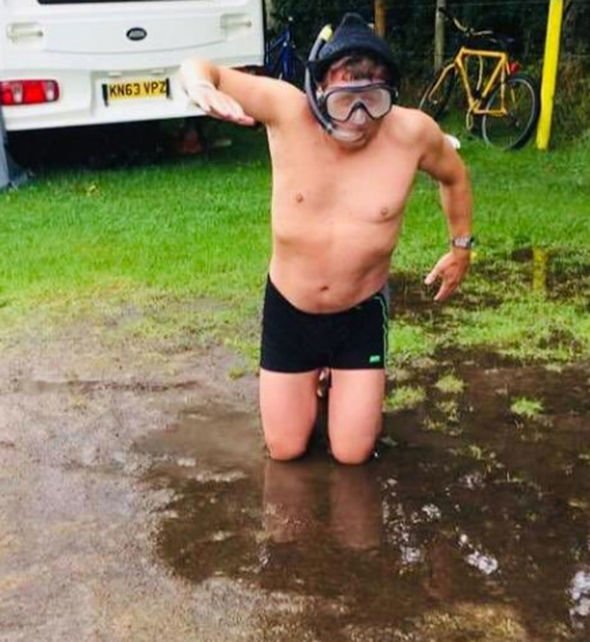 Another wondered whether Mike would be taking part in a fundraising event in the local area this year.

However, the presenter confirmed he would be unable to attend due to his Strictly commitments.

He replied: “Aw sadly not this year as will be busy with trying to put one foot in front of the other in time to some beat @bbcstrictly.”

Mike Bushell’s tweet about his preparations for the BBC show comes after his wife Emily Bushell had a laugh on the micro-blogging site about his dancing skills.

She uploaded a video of the star showing off some of his best moves in a video from their honeymoon. 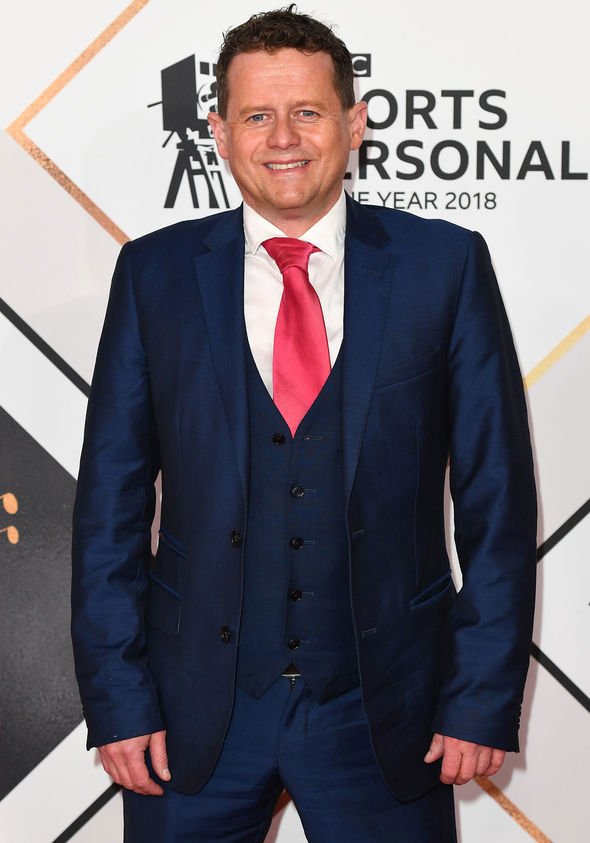 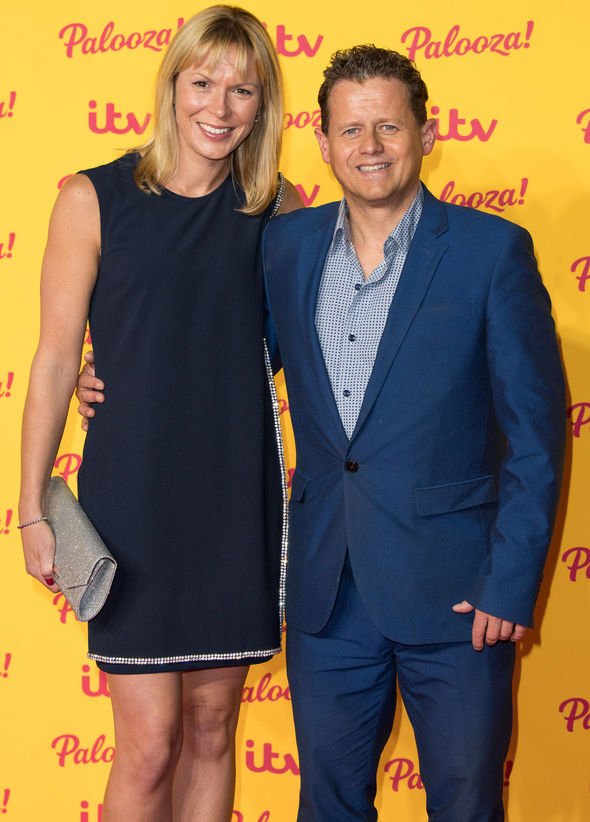 Sharing the funny clip in view of her 350 followers on the social media platform, she wrote the caption: “He makes me laugh so much!”

Addressing her husband’s forthcoming stint on Strictly, Emily added: “Whoever gets this one is going to smile a lot these next few months.”

In the video, Mike danced up a storm to Bruno Mars’ hit song Marry You in a pair of blue swimming trunks beside a swimming pool.

Emily can be heard struggling to contain her laughter as she addressed her husband’s carefree moves in the background.

She said: “No filter! Mike’s getting into the groove on honeymoon to the song we walked out of the church to.”

Emily then chuckled as she told her other half his dancing skills were “amazing, darling”.

Strictly Come Dancing returns to BBC One in September.