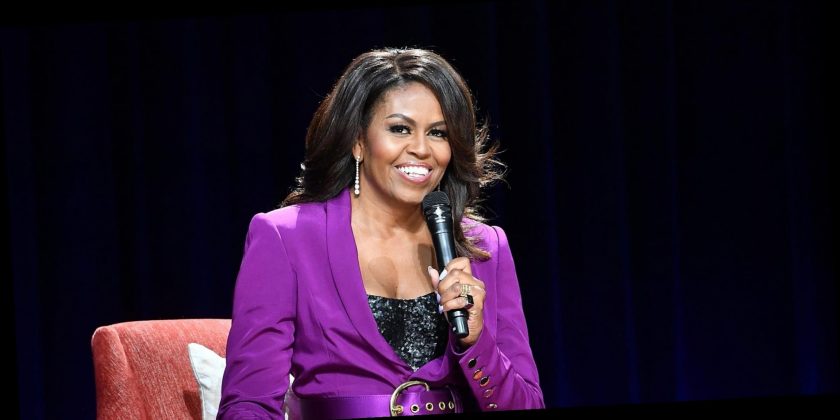 Michelle Obama is gearing up for retirement … sort of. In an exclusive interview with People, the former first lady discussed what's next for her career and what life at home with her husband, Barack Obama, and her two daughters, Malia and Sasha, has been like.

"Our girls were supposed to have emptied out of my nest," Obama said about her life in 2020. "I was sort of celebrating that they were out building their lives and allowing me the emotional space to let them go. Well, they're back!"

She went on to say, that while it was a challenging time, it allowed her to get back some "stolen moments." Obama explained, "Those recaptured moments have meant the world to us and I think they've made our relationships with our children even stronger." Outside of family time, Obama has been busy. She has a new Netflix cooking show coming out and a new version of her book Becoming set to release. That doesn't mean she's not ready for retirement. "I've been telling my daughters I'm moving toward retirement right now, [selectively] picking projects and chasing summer," she told the outlet. "Barack and I never want to experience winter again. We're building the foundation for somebody else to continue the work so we can retire and be with each other — and Barack can golf too much, and I can tease him about golfing too much because he's got nothing else to do."