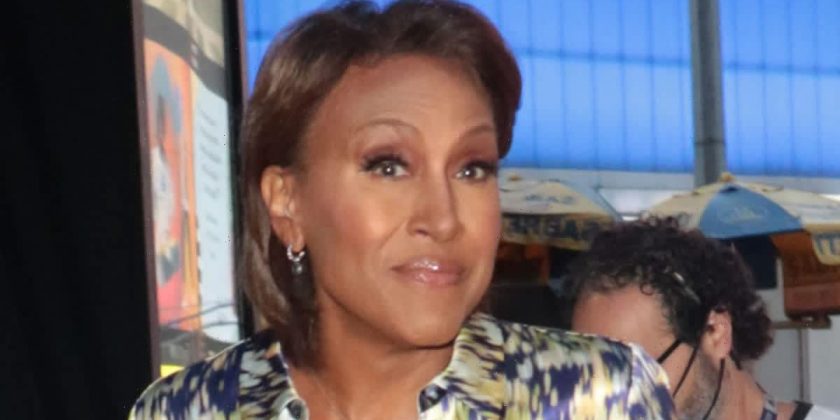 Robin Roberts and her Good Morning America co-stars aren’t strangers to ribbing each other on the air, although few go on beyond one-off remarks.

However, on the latest installment of the morning news show, the journalist was left speechless by a joke that kept going throughout the show.

A segment on the show concerned the release of the latest model of the iPhone and how to refresh old phones as newer versions come out.

“I was just on a trip with some friends who still had the iPhone with the button, that’s how much they’ve been hanging on” she remarked.

Her co-stars were surprised and when their tech correspondent asserted that they need a new one, Michael Strahan shot his co-star a look.

As Robin prepared to deliver a comeback, he slyly added: “You may need some new friends, I don’t know,” which left the others in the studio audibly reacting.

Robin, on her part, was left speechless and unable to do more than gape while George Stephanopoulos was in hysterics as he tried to defend her. 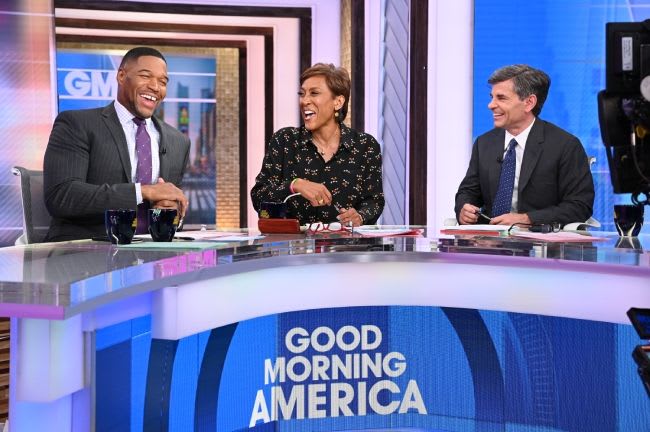 The three of them devolved into laughter while she still tried to pull herself out of the shock of the scathing joke, with Michael even trying to climb out by apologizing and saying: “I love you, friends. I love all your friends.”

Even as they went into commercial, Robin lay on her chair laughing, and when they returned, she indicated that she was not quite ready to let it go.

As she moved on to the next story, she turned to face George while hiding Michael’s face from view, with the former even sharing that he felt bad.

While reporting on the play of the day, concerning a champion basketball star, Robin even quipped: “And I’m sure she has lots of friends with wonderful iPhones.”

The joke kept making its return throughout the show, and even Ginger Zee got in on the fun after delivering her weather report. 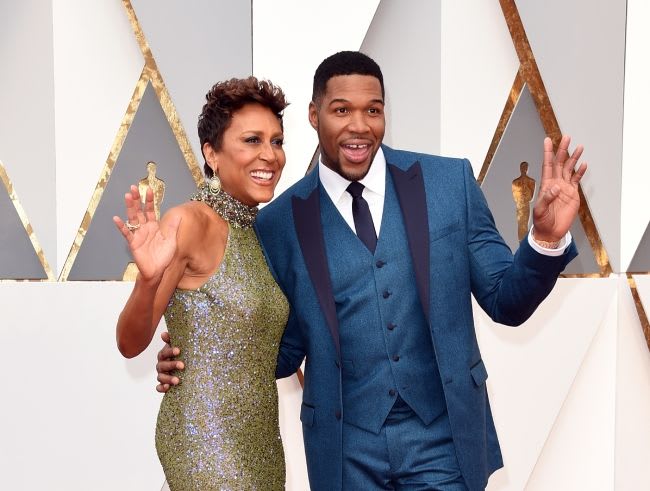 The GMA co-stars frequently riff on each other

After sharing her part, she turned to the three and said: “And just to note, my husband still has a (iPhone) 6,” and then made a motion to imply she was cutting him off as her co-stars fell into more laughter.