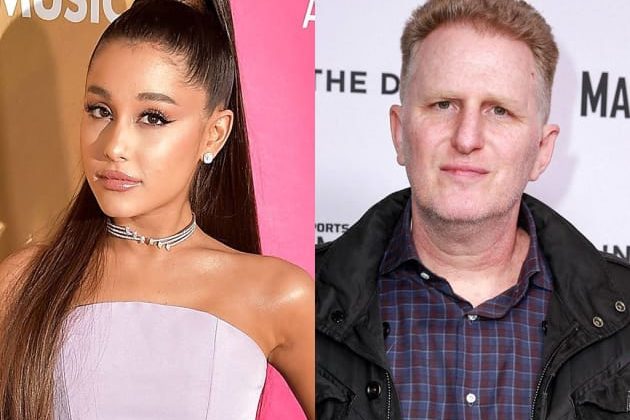 According to Internet research, there are some people out there who find Michael Rapaport to be funny.

To any of these individuals, we have a simple question to ask:

The perpertually attention-starved actor (who is actually very good in the Netflix series Atypical, for whatever that is worth) made headlines this week when he shared a throwback photo of Ariana Grande and made fun of her appearance.

Because Rapaport is perpetually attention-starved, remember.

Along with a photo of a younger Grande throwing up a peace sign at the camera, the D-Lister wrote the following yesterday:

Ariana Grande is 27 acts 12, you take off those boots she hides her legs in, the cat eye make up and the genie pony tale and I think there’s hotter women working the counter at Starbucks no disrespect to Starbucks.

As you might expect, the Internet jumped all over Rapaport for this Tweet and this awful non-joke.

“How dare she have a picture taken without being in full makeup! It’s like she’s a real person sometimes,” wrote one user, while another added:

“first of all… this was 2012, second she is 25 not 27. she is indeed very petite but none the less can stand her ground. this is a more recent picture of her without makeup. ur welcome for me helping u rephrase ur facts! spread love not hate, its ugly. thank u, next.”

Another person just referred to Rapaport as a “creep.”

To the actor’s credit (we guess), he didn’t back down or apologize.

He at least stood his ground and didn’t offer up some half-hearted mea culpa in the face of this backlash.

Nope, he just made himself sound like an even bigger douche canoe instead.

“When I talk vicioulsy (sic) about The Leader of the Free World aka Dick Stain Donald Trump or Tiki Torch Tough Guys in Virginia, I’m a Social Media HERO, but a joke about Ariana Grande is SHAMING. EAT Dwycks SnowFlakes,” he Tweeted.

And then he added:

Grande has not responded to Rapaport, likely because he’s not worth an iota of her time.

But she also has a lot going on these days.

The singer was called out by Kanye West last week for sort of mocking his mental illness, and she’s also dealing with ex-fiance Pete Davidson seemingly spiraling downward in a hurry.

The comedian said a few days ago that he no longer “wants to be on Earth,” prompting a panicked response by Ariana.

But sources say Davidson is refusing to see her.

And, with the exception of his role on Atypical, we hope Rapaport goes away forever.