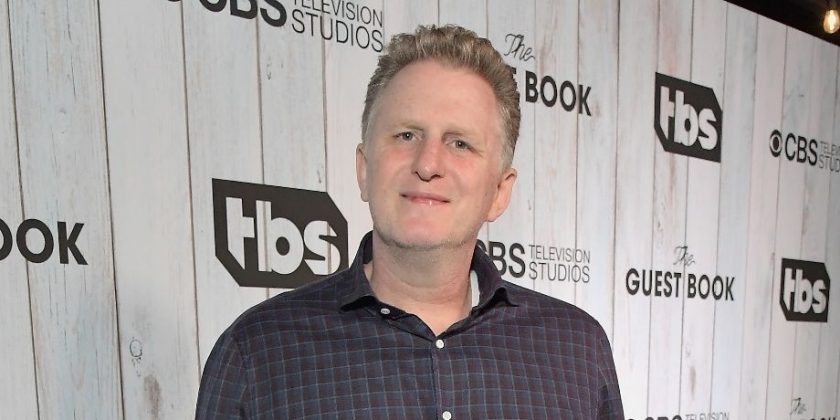 Michael’s not backing down when it comes to calling out Ariana Grande.

Actor Michael Rapaport is not backing down when it comes to slamming Ariana Grande, even after a wave of backlash and criticism. After previously calling out the singer for her looks earlier this week, E! News is reporting that the former Friends actor took aim at the 25-year-old once again on December 20 by photoshopping his face onto her former fiance Pete Davidson’s body.

Michael shared the photo on Instagram which showed his face superimposed onto Pete’s body in a snap of the SNL comedian as he and Ariana posed together on the red carpet at the 2018 MTV Video Music Awards earlier this year. The couple eventually called off their engagement in October.

He then made it clear in the caption that he had no plans to apologize for what he said about Grande earlier this week, telling his followers that his plan was instead to “stay disruptive.”

“When Thank You,Next is really life!!!” he wrote in the caption, referring to the singer’s huge hit single “Thank U, Next.”

“Always Stay Disruptive! Shout out to all the Women at Starbucks!!!” he then continued in the Instagram caption of the bizarre altered photo he shared with his 1.6 million followers. “@iamrapaport is live & disruptive!!! @mistermorris55 always makes the MeMe.”

The photo has already received more than 72,000 likes in the first 14 hours since he decided to post it to his account, just days after first taking aim at the star.

When Thank You,Next is really life!!! Always Stay Disruptive! Shout out to all the Women at Starbucks!!! @iamrapaport is live & disruptive!!! @mistermorris55 always makes the MeMe

As the Inquisitr previously reported, Rapaport – who’s perhaps best known for playing Gary in four episodes of Friends – caught some serious heat after he called out Ariana for her looks on both Instagram and Twitter.

Sharing an old photo of the “Dangerous Woman” singer without makeup, he wrote, “Ariana Grande is 27 acts 12, you take off those boots she hides her legs in, the cat eye make up and the genie pony tale and I think there’s hotter women working the counter at Starbucks no disrespect to Starbucks.”

He also took aim at Kim Kardashian after she shared a photo of herself online, viciously responding, “You hate yourself.”

He was largely criticized online, with fans of Ariana and Kim flooding the comments section of his uploads.

Per E! News, the actor also slammed the duo during a recent episode of his self-titled podcast where he equally didn’t have nice things to say about the women.

He claimed that the two needed to be watched out for, stating that he thinks they’re both “career killers.”

Neither Grande nor Kardashian have yet publicly commented on Rapaport’s remarks.