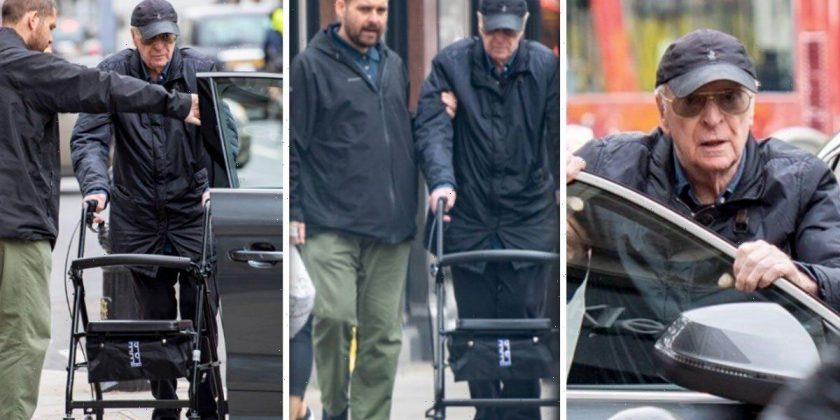 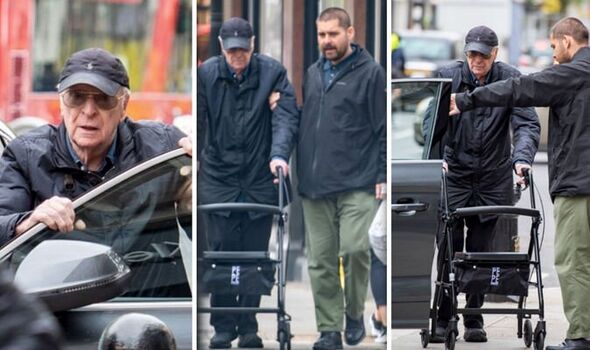 Actor Sir Michael Caine has been seen using a walking frame as he was helped into a car in new photos.

Sir Michael, 89, recently had major surgery on his back at a London hospital.

As he recovers, he was seen using a walking frame, having swapped out his walking stick which he was previously spotted using.

The actor had started using the stick after breaking his ankle in a nasty fall on ice.

Sir Michael was dressed all in black, disguised with sunglasses and a cap, as he was helped into the back of a car.

“I have a spine problem which affects my leg, so I can’t walk very well,” he said earlier this year.

His wife Shakira, 75, told the Daily Mail in March: “He had a back operation quite recently.

“He had spinal stenosis.”

He was pictured being helped into the car by a companion.

The 89-year-old recently had major back surgery

His wife Shakira said he had been suffering from spinal stenosis.

The surgery was said to have been a huge success

Shakira said her husband would be “up and dancing again soon”.

Spinal stenosis is a condition that narrows the spinal canal

Sir Michael was suffering from the condition and had also recently broken his ankle.

Michael announced last year that he was retiring from acting

He said there were “not exactly scripts pouring in for a leading man that’s 88”.

At another recent event, he was seen using a walking stick

Sir Michael had fallen on ice and broken his ankle, requiring a stick afterwards.