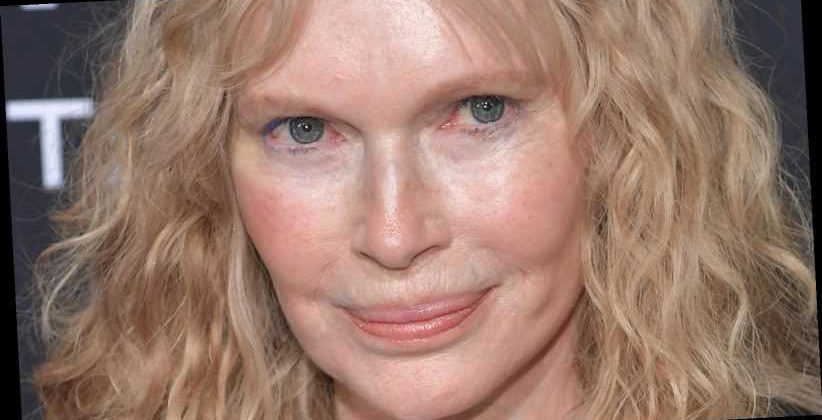 The release of the explosive HBO documentary series Allen v. Farrow, which charts the highly-publicized allegations of sexual abuse against filmmaker Woody Allen by his adopted daughter, Dylan Farrow, has brought new attention to the fractured family. Allen has always strongly denied Dylan’s claims, and is taking this opportunity to once again attack his former partner’s veracity. Allen believes Dylan was coached by her mother, Mia Farrow, to lie in order to destroy his reputation following their messy split. During a recent, rare interview on CBS Sunday Morning, Allen reiterated his position.

“It’s so preposterous, and yet the smear has remained,” Allen argued. “And they still prefer to cling to if not the notion that I molested Dylan, the possibility that I molested her. Nothing that I ever did with Dylan in my life could be misconstrued as that” (via Deadline). Amid the many accusations being thrown back and forth, damning allegations about the other children from the former couple’s son, Moses, who has defended Allen in recent years, have come to the fore once again, forcing Farrow to set the record straight once and for all.

Mia Farrow is asking for understanding amidst unthinkable tragedy

As EW notes, rumors started to spread online about the deaths of Farrow’s children Tam, Lark, and Thaddeus, due to there being absolutely no mention of them in Allen v. Farrow. Likewise, Moses’ 2018 blog post began doing the rounds again, in which he claimed, among other things, that his mother was responsible for Tam’s death, arguing she didn’t get her the necessary help for her debilitating depression.

Dylan shot down the accusations at the time, advising, “My brother is a troubled person. I’m so sorry he’s doing this.” Now that the disturbing stories are circulating once more, Mia Farrow has taken to social media to give her version of events. In a lengthy statement posted to Twitter, the Rosemary’s Baby star acknowledged, “Few families are perfect, and any parent who has suffered the loss of a child knows that pain is merciless and ceaseless.”

Although the actress and activist noted she rarely speaks publicly about such private issues, she felt compelled to contradict the “vicious rumors” that were circulating. “As a mother of 14 children, my family means everything to me,” Farrow wrote on Twitter. She went on to explain how Tam had passed away due to an accidental overdose, while Lark died due to complications from HIV/AIDS. Thaddeus died by suicide following the breakdown of a relationship (via Today). “Any other speculation about their deaths is to dishonor their lives and the lives of their children and loved ones,” Farrow wrote.

If you or someone you know is considering suicide, please contact the National Suicide Prevention Lifeline at 1-800-273-TALK (8255), text “STRENGTH” to the Crisis Text Line at 741-741 or go to suicidepreventionlifeline.org.

If you, or anyone you know, is struggling with addiction issues, help is available. Visit the Substance Abuse and Mental Health Services Administration (SAMHSA) website or contact SAMHSA’s National Helpline at 1-800-662-HELP (4357).

If you, or anyone you know, have been a victim of sexual assault, help is available. Visit the Rape, Abuse & Incest National Network (RAINN) website or contact RAINN’s National Helpline at 1-800-656-HOPE (4673).