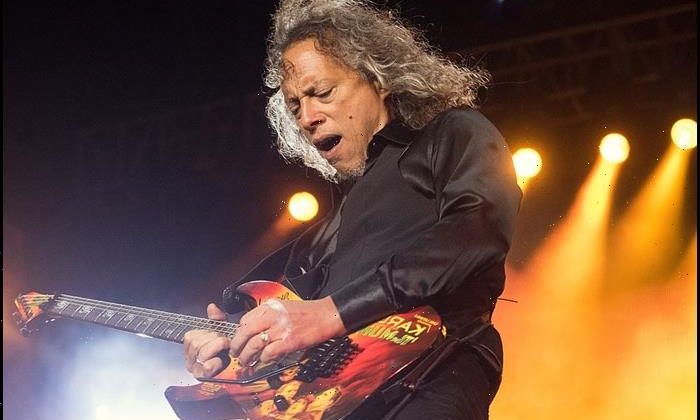 Metallica guitarist Kirk Hammett has shared the soundtrack to part one of his online horror story.

On September 10, the guitarist shared the soundtrack accompanied by a vague video of a person navigating a road lined with trees. In the caption, Hammett wrote, “Read part one now,” and links to his Reddit page for the short story.

The short horror story, titled “I Have to Get Rid of This Guitar,” introduces the readers to a character named Abigail Forte, who is searching for her brother.

The soundtrack, Hammett explains, is designed to be looped while reading the story.

In the story, Forte says she recently found a journal and a cassette of “very unusual field recordings” left by her brother, William “Wills” Forte, who has gone missing.

“Seeing as the nature of these recordings seemed to push towards an evil energy, I sent the tape to a friend to help me understand the music, who in turn sent it to guitarist Kirk Hammett,” Forte says.
“We have decided that while we cannot allow the actual sounds from the cassette to be released, we can share renditions of the music.”

She continues, “Kirk Hammett has agreed to quickly transpose the less complex portions of the cassette while keeping the integrity of the original field recordings intact. These you can play or loop alongside the reading of each part, to create the appropriate mood for these journal entries.”

“We still advise you take precautions before listening to the recordings (such as burning sage, reciting prayers, drawing protective sigils). What you will hear are some phrases and motifs inspired by the cursed melodies recorded on to this mysterious cassette.”