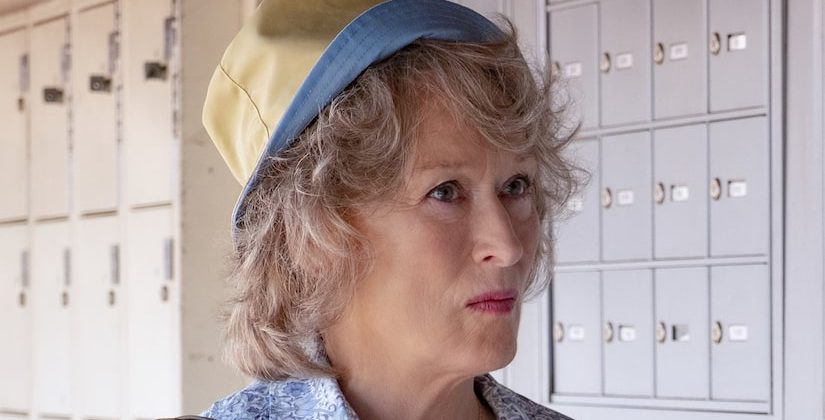 The upcoming Netflix film "The Laundromat" has come under fire for a certain scene that features Meryl Streep playing a Latin American office worker.

Streep, who plays two roles in the Steven Soderbergh directed dark comedy, has received criticism for the portrayal, which some have deemed inappropriate and insensitive.

"The Laundromat," which also stars Gary Oldman and Antonio Banderas, centers around the discovery of the Panama Papers and a network of global corruption in 2015.

While Streep’s main role, which is shown in the movie’s trailer, shows the actress playing a white American widow investigating the financial arrangements of her late husband, her second role has received some backlash.

Around halfway through the film, Streep transforms into her second character: an office worker in a Panamanian law firm, who has bronzed skin, a fake nose, hip padding, a black wig and an exaggerated "Latin" accent, according to some early viewers.

Vanity Fair’s Richard Lawson called Streep’s secret role, "a bizarre and rather galling unforced error, especially in an era of heightened consciousness about representation and appropriation."

"Incredibly weird decision to have Meryl Streep play a 2nd character who is latina and nearly a caricature #TIFF19," Motamayor tweeted. "Great to see every single question at the Q&A be about how great Meryl Streep is as a person (she is) yet nothing on her playing a latina character including a nose prosthetic."

However, according to the film’s director, the point of "The Laundromat" is to make a fun film out of a serious topic.

"The intention was to keep you entertained while we get into these issues," Soderbergh told Variety.

"[Screenwriter] Scott Burns reached out to me and said, ‘Tell me if you’re interested,’" he said and spoke about Jake Bernstein’s book the film is based on. "Jake’s book is a compelling, beautifully written retelling of how the story broke from the journalist’s side."

"I said, ‘Jake is going to be really important to the film, but I don’t want to make a movie about journalists uncovering a story. That’s been done multiple times, and done very well,’" Soderbergh added. "Scott and I had each seen [Argentine Damián Szifron’s film] Wild Tales, a series of stories jumping around the globe, and Scott suggested something similar. I said, ‘That sounds like fun,’ which is not a word usually associated with such a topic."

Soderbergh concluded, "It’s been funny to read some stories about the movie; people assume it’s ‘All the President’s Men.’ I always think, "Boy, are they in for a surprise."

TooFab has reached out to Netflix for comment, but has yet to hear back.

We’ll have to wait and see how Streep’s character turns out when "The Laundromat" hits Netflix on September 27.