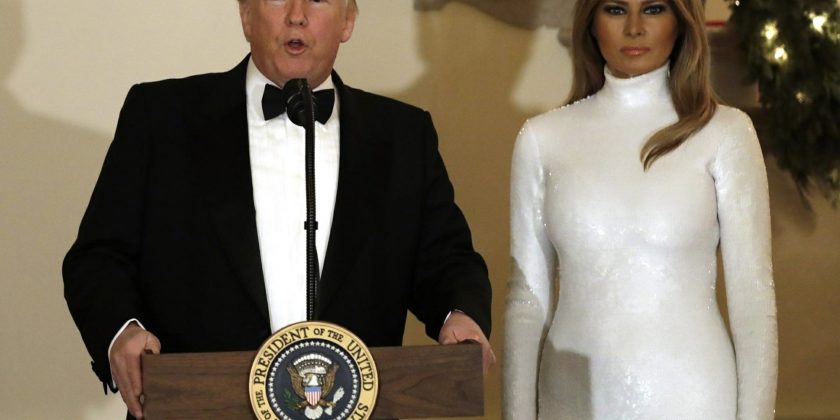 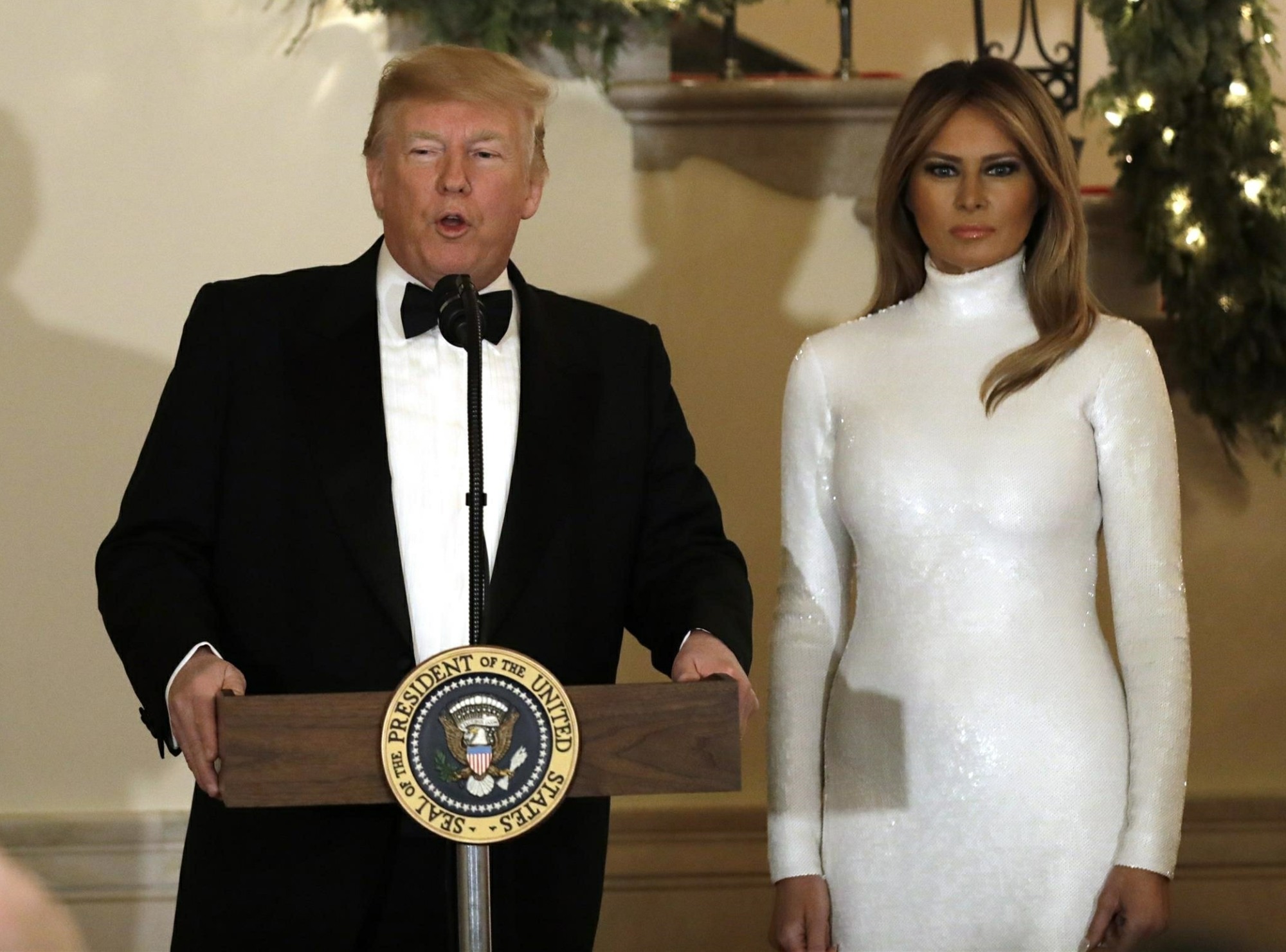 Here are some photos of Donald & Melania Trump at the White House Congressional Christmas party. Melania’s hair seems to have gone back to a darker shade, which makes me wonder what that blonde tragedy was all about. Was it just a wig? Last week, Melania debuted her blonde rat’s nest tragedy hairstyle in an interview on Fox News. In the same interview, Melania bashed anyone and everyone who offers any kind of criticism of her or her husband, calling those critics “opportunists who are using my name or my family name to advance themselves. From comedians, to journalists, to performers, book writers…” This from the same a–hole who wore the “I Don’t Really Care, DO U?” jacket to see caged children at the border. The same a–hole who spent tens of millions of taxpayer dollars doing colonialist photoshoot in Africa. The same opportunist a–hole who used the Obama name to spread racist Birther conspiracies and advance herself.

After that Fox News interview, CNN posted an op-ed by Kate Andersen Brower in which Brower took Melania to task for being a terrible FLOTUS who doesn’t understand the role, especially given Mel’s comments in the Fox News interview. Which is true – Melania approached the FLOTUS role like she approaches everything else: like a lazy trophy wife who doesn’t give a sh-t. Melania can go weeks without doing anything publicly, her Be Best initiative is a joke, and her plummeting approval numbers show that fewer people are buying Mel’s bulls–t.

After CNN published Brower’s op-ed, Melania’s spokeswoman Stephanie Grisham decided to respond with her own competing op-ed, which you can read here. Grisham is very devoted to Melania, as we’ve seen over the past two years. I’ll give Melania some credit – her bare bones East Wing staff is a million times more stable than her husband’s West Wing. But even Grisham can’t hide Melania’s pettiness, laziness and racism. It’s sort of hilarious to even see Grisham inadvertently prove Brower’s point, which is that Melania is the worst FLOTUS in decades, that Mel doesn’t understand the role, that Melania is a petty and juvenile rich bitch. Grisham wants Melania to get “credit” for doing a handful of events this month, like Melania is the most magnanimous princess in the royal Bigly court, when it’s clear from Grisham’s words that Melania truly only keeps up a bare-bones schedule just so she can say she’s doing *something*. 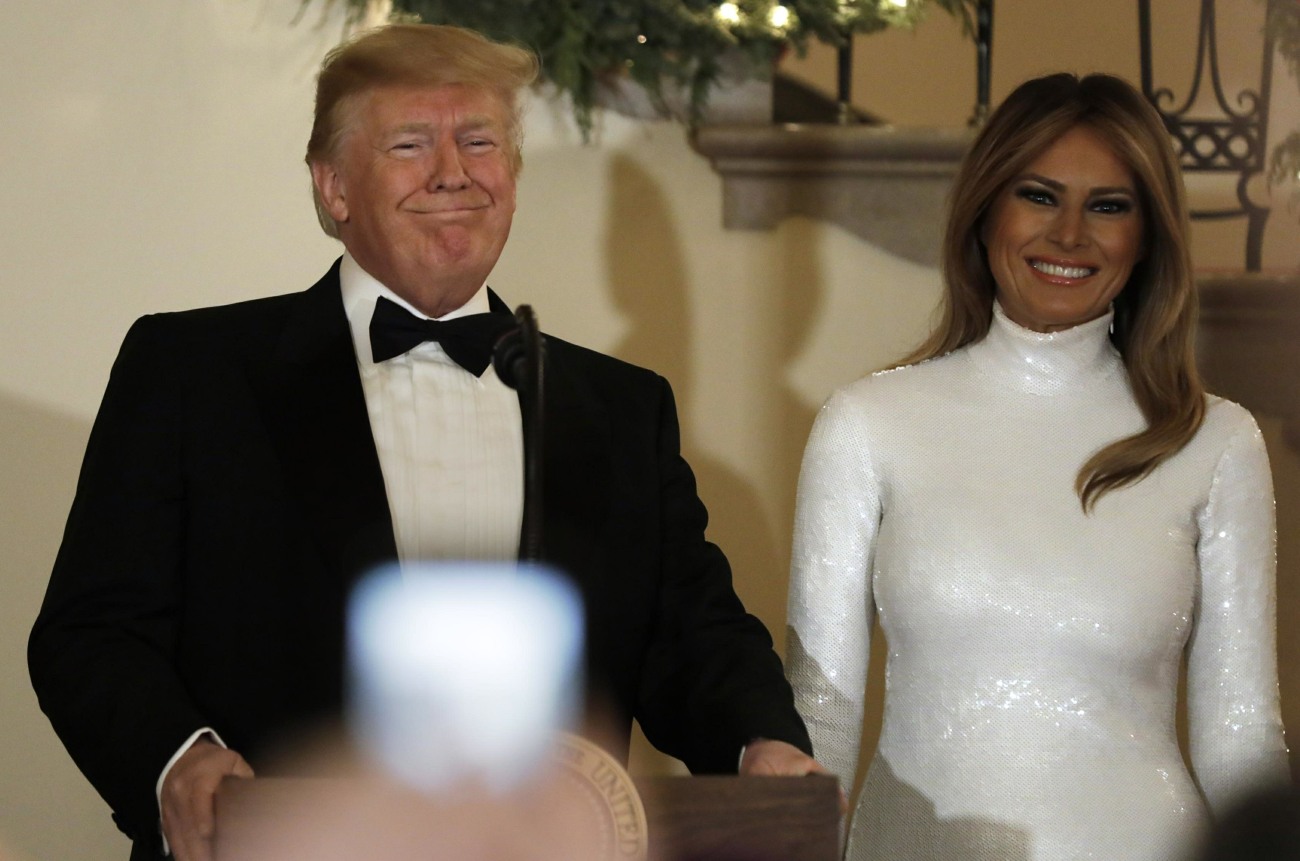