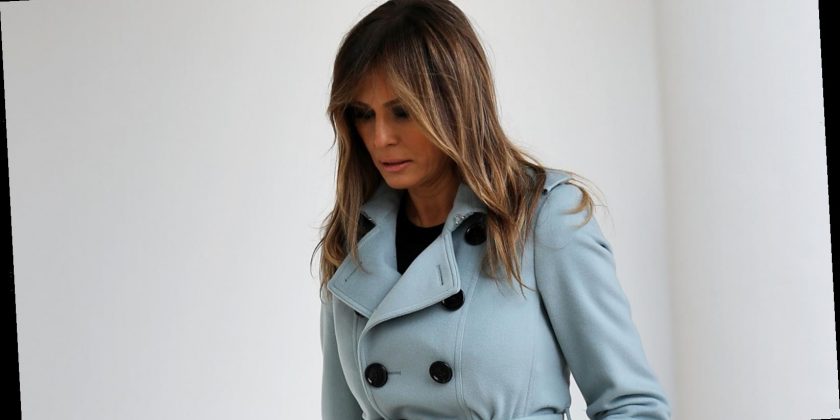 With the 2020 election called for President-elect Joe Biden, Donald Trump has been making headlines for his refusal to concede. But Trump’s stance isn’t reflective of his entire family. In fact, according to CNN, his son-in-law and senior advisor, Jared Kushner, has been encouraging him to accept his loss.

But Kushner isn’t alone in this position. According to the outlet, first lady Melania Trump has also been encouraging her husband to accept the results of the election and step down. As it turns out, many believe that Melania is the only one who can really persuade Trump to accept the election results.

One reason Melania might be more accepting of Trump’s loss in the 2020 presidential election is because she apparently “cannot wait” to get back to her home in New York City. An insider spoke with host Rob Shuter on his podcast Naughty But Nice on Nov. 9, 2020 and spilled all the details about Melania’s hopes for her post-White House life.

Melania Trump reportedly misses the way things used to be, according to an insider who spoke with Rob Shuter on his Nov. 9, 2020 podcast Naughty But Nice. “For the past four years, Melania has missed her life in New York,” the source claimed. “She loves the city and the lifestyle she used to have and cannot wait to get it back at Trump Tower. She basically put her life on hold to be with her husband in D.C. She never wanted any of this.”

However, this idea that Melania never wanted a political life might not be true. Tatler conducted an interview with Melania for their November 2020 issue and explained, “Melania was involved in Trump’s political career from the start.” She was by Trump’s side in 1999 when he declared on the Larry King Live show that he would run for president, so her role as first lady wasn’t a shock to her. Plus, Melania knew Trump would win, as she told Tatler, “I did know that if and when he ran, he would win.”

But now that Trump’s presidency is over, Melania wants to get back to normal, especially for their son Barron, Shuter’s source explained. Will Trump join them? According to OK! Magazine, Trump himself is expected to move to Mar-a-Lago in Florida and might not return to New York, especially since he tweeted on Oct. 12, 2020: “New York has gone to hell.” So will it just be Melania and Barron in Trump Tower?